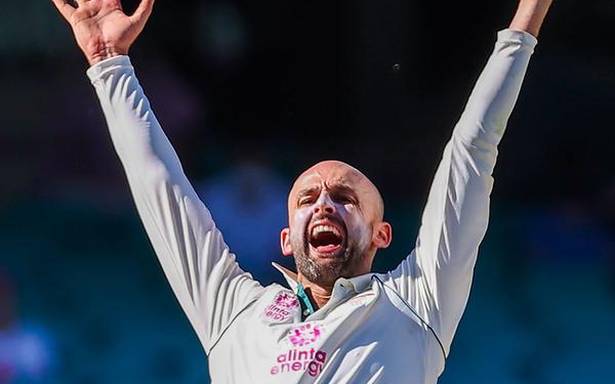 The aerial distance between Adelaide and Brisbane is 995 miles.

Beginning his cricketing career as a groundsman in Adelaide and then, remarkably, journeying to his 100th Test in Brisbane, Nathan Lyon has gobbled up countless miles and crossed numerous milestones.

Indeed, the fourth Test of this gripping series, at the ‘Gabba, will see Lyon completing a century of Tests.

The magnificent bowler, cast in the classical mould, has deceived and consumed batsmen around the world.

Lyon, pivoting and releasing the ball from a high-arm action, imparts overspin that causes the sphere to dip on the right-hander and then turn and bounce into the batsman from outside the off-stump.

To the southpaws, the off-spinner is always a handful taking the ball away from them, the spin laced with bounce; he dismissed the formidable Kumar Sangakkara with his first delivery in Test cricket, in Galle, 2011.

His below par performance in India was one blemish in his record with M.S. Dhoni wading into him with mighty slog-sweeps in the Chennai Test of 2013.

When Lyon returned to India in 2016-17, he was a different bowler, quicker through the air, and getting his deliveries to fizz off the pitch.

He bowled Australia to a Test win in Pune and finished with 19 wickets in four Tests.

In the Ashes he has always been a major factor, complementing the pacemen, maintaining the pressure, and making inroads when the pitch deteriorates. He is a game-changer. The manner Lyon ran through the Indian line-up, using footmarks, in the Adelaide Test’s (2014) final session when India — needing 159 with eight wickets in hand at tea — was well poised for victory, is high up in the list. He scalped seven, Australia won.

In this series, Lyon and his great Indian counterpart R. Ashwin, have followed contrasting methods. Lyon has bowled in the traditional off-spinner’s arc, getting the ball to turn in and bounce from outside the off-stump. He has, however, been let down by poor catching.

Ashwin has bowled the middle and leg line — he does slip in the odd under-cutter — extracting bounce and having a leg-side trap in play.

Irrespective of what the 100th Test holds for Lyon, the fierce competitor will enjoy the occasion.