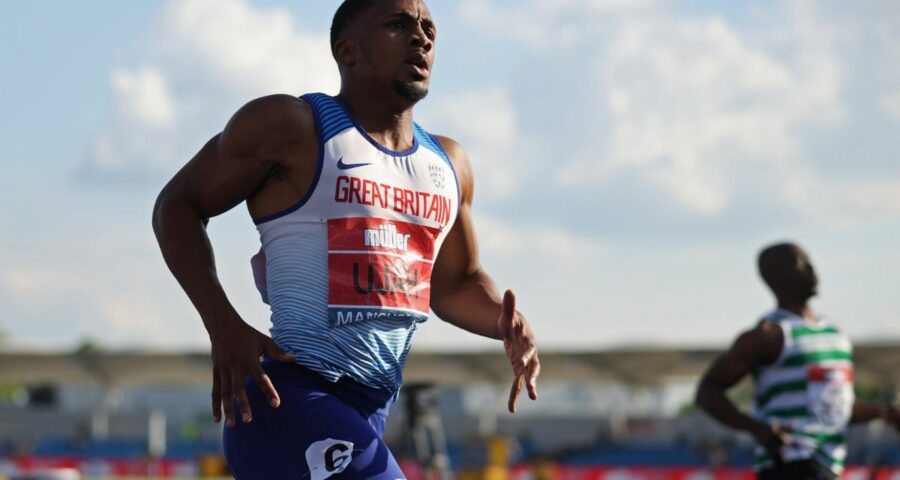 British sprinter Chijindu Ujah has been banned for 22 months for a doping violation at last year’s Tokyo Olympics, the Athletics Integrity Unit (AIU) said on Monday.

Ujah had been provisionally suspended after Ostarine and S-23, substances prohibited by the world anti-doping organisation (WADA) were detected in his A and B samples following the men’s 4x100m relay final, in which Britain finished second behind Italy.

The AIU, which oversees integrity issues in international athletics, including doping, said Ujah’s ban was effective August 6, 2021 and will be in force until June 5, 2023.

Ujah, 28, and his teammates, Zharnel Hughes, Richard Kilty and Nethaneel Mitchell-Blake were stripped of their silver medal in February after a Court of Arbitration for Sport ruling. Canada was upgraded to silver and China to bronze.

The sprinter had said, he had “not knowingly or intentionally doped” but British Athletics and UK Anti-Doping have “hammered home” their rules, asking athletes not to use uncertified supplements.

UKAD said in a statement, that the AIU announcement marked another sad chapter in the case and for sport in Britain.

“Every national governing body, athlete, coach and member of support staff should take this case as a warning, that doping presents a threat to British sport at the highest levels. This case underlines the need for all sports to redouble their commitment to their anti-doping responsibilities,” said UKAD Chief Executive Jane Rumble.