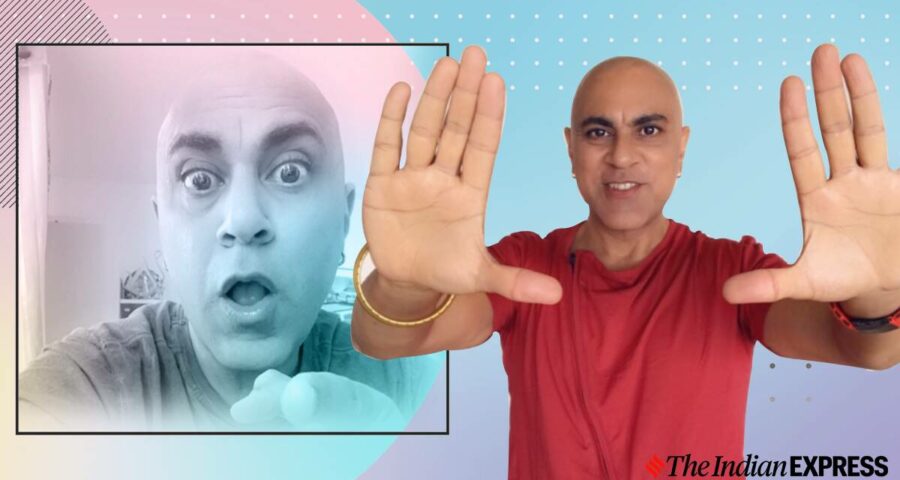 In an interaction with indianexpress.com, the rapper said while "there are ups and downs in every journey", it is "up to us to decide when to walk, stumble and run"

“Khaalo khaalo plant ko tum planet nahi, jo bhi bolta hoon dil se bilkul sahi,” raps Baba Sehgal in his latest song Eat the Plant, Not the Planet, conceptualised for FIAPO, India to promote plant-based diets. In the catchy song, Baba goes on to list the many health and nutritional benefits of the diet. But it is not only this one. The rapper has been extremely busy during the lockdown, releasing songs on various topics.

In an email interview, the Thanda Thanda Pani singer talks about his latest music video, rap in Bollywood, and his lockdown experiences.

You recently created a rap number on the importance of consuming a plant-based diet. Can you tell us about it?

The song, which I have written, composed, and sung for FIAPO’s campaign, is actually to create awareness on the importance of a plant-based diet. The content has been created in a simple and funny manner for people to enjoy and yet get the real gist.

You often create songs on newsy/trending topics; was it challenging penning lyrics for this number?

Initially, I felt it would be difficult to write something like this but, when I got down to my instruments and arrangement, everything went off smoothly. I am a vegetarian and do not consume any milk products, so there was a direct connection between the lyrics and me. I’m happy that people are loving the song and the video.

What goes behind creating rap? Any dos and don’ts?

There are no dos and don’ts for me when I create rap. FIAPO’s campaign title ‘Eat the Plant, Not the Planet’ itself was a huge idea and so, it was easy for me to develop the soundtrack.

You have been synonymous with India’s rap scene since the ’90s, and are still going strong. How has your journey been?

There are ups and downs in every journey but then it’s up to us to decide when to walk, when to stumble and when to run. I have always been my own believer and rest my Lord above does everything.

But you did take a backseat from the mainstream sometime in the 2000s. What kept you busy then?

There was no backseat as such, but as I recall, the entire music scene back then was evolving, so I waited for the right moment.

The Indian music scene has undergone a massive change, with independent artistes now having access to more channels to showcase their talent. What do you think of this phenomenon?

Today, we are our own “music channel” because of social media. We need to constantly come out with content every week to stay relevant and I have worked extremely hard to do that. I’m proud that my work pleases audiences of all age groups particularly from 16-year-olds to 26-year-olds. My overall views from all my social media handles during this pandemic has risen up to 25 million!

Rap is a unique art form, but with it becoming common in Bollywood, do you think the style has been losing out on the original idea in a bid to increase its mass appeal?

According to me, there is no rap in Bollywood, and adding few lines in a film song does not make it a rap number. It’s misleading. Rap is rhythm and poetry. It has a beginning and an end and that’s what I follow.

How do you decide on the subjects for your songs?

I deliberately pick up topics that are extremely popular with the public, and only then I write and compose my songs.

You created quite a few songs during the lockdown, all of which garnered a massive response. Was it a conscious decision to release songs during that period to entertain your fans? How would you describe your lockdown experience?

My lockdown experience was amazing as I was busy creating songs like Kela Khao, Namaste, Adrak Wali Chai, Biryani, Dil Ko Na Peeto, Corona Go, and plenty more. All of them actually went viral and got massive coverage on all the leading newspapers and media handles. I made a million more fans during this time. God has been kind to me. 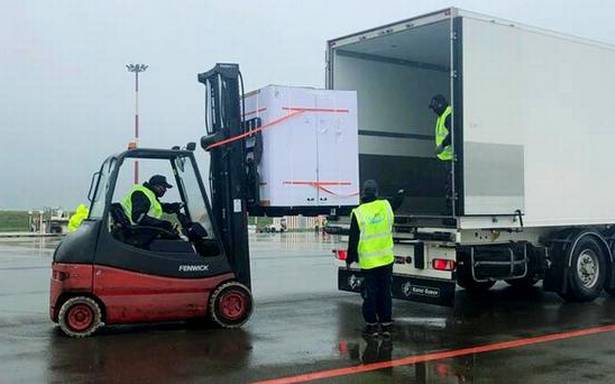 Medha wins contract for 44 Vande Bharat-type train sets
We and our partners use cookies on this site to improve our service, perform analytics, personalize advertising, measure advertising performance, and remember website preferences.Ok