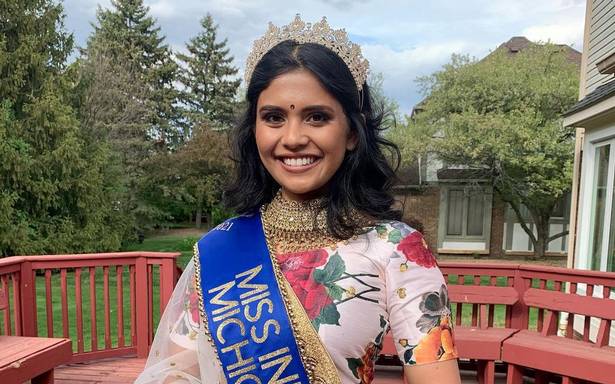 She graduated from the University of Michigan, majoring in international studies.

Twenty-five-year-old Vaidehi Dongre from Michigan was crowned Miss India USA 2021 while Arshi Lalani from Georgia was declared the first runner up at the beauty pageant held over the weekend.

Dongre graduated from the University of Michigan, majoring in international studies. She works as a business development manager with a major corporation.

"I want to leave a positive lasting impact on my community and focus on women’s financial independence and literacy," Vaidehi said.

She also won the ‘Miss Talented’ award for her performance of Kathak.

Lalani, 20, dazzled everyone with her performance and confidence and was declared the first runner up. She suffers from brain tumour.

North Carolina’s Mira Kasari was declared the second runner up.

Diana Hayden, Miss World 1997, was the chief guest and chief judge for the pageant.

As many as 61 contestants from 30 states participated in three different pageants — Miss India USA, Mrs India USA and Miss Teen India USA. Winners of all three categories get complimentary tickets to travel to Mumbai to take part in worldwide pageants.

Started by New York-based eminent Indian-Americans Dharmatma and Neelam Saran under the banner of Worldwide Pageants around 40 years ago, Miss India USA is the longest-running Indian pageant outside India.