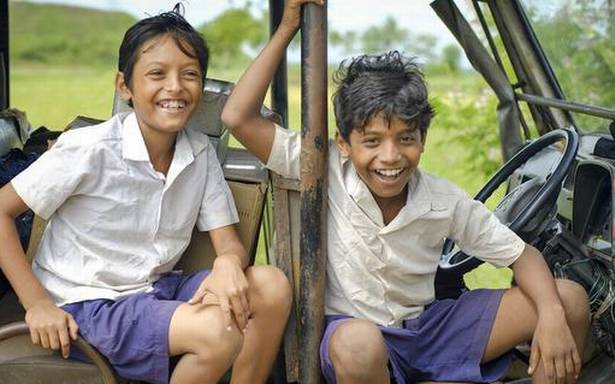 After all the excitement of festivals past, the British Film Institute London Film Festival is always a comforting autumn blanket with a range of discoveries to choose from. Top of my list is the western The Harder They Fall, which opens the festival on October 6. It is directed by Londoner Jeymes Samuel, projected by Netflix’s Ted Sarandos as one of the brightest talents to watch, and boasts of a cast including Idris Elba and Regina King.

The Bard is very much in evidence with the festival’s closing film, The Tragedy of Macbeth, starring Frances McDormand and Denzel Washington and directed by one half of the brothers Coen, Joel. There are other galas aplenty, but I’ve already seen all of them elsewhere, which gives me the opportunity to do a proper deep dive into the festival programme. Sadie Frost’s directorial debut, Quant, on the life and legacy of 1960s British fashion icon Mary Quant, promises to be a riveting watch and hopefully Quant herself, who is 91, will make an appearance at the screening.

Like Quant, another best of British film promises to be The Phantom of the Open, starring Mark Rylance, Sally Hawkins and Rhys Ifans. Rylance plays a terrible golfer who secures a place in the 1976 British Open qualifying round. Welsh-language horror, The Feast, is a project I’ve been tracking for a while and I can’t wait to watch the film, which promises a ‘dinner party from hell.’ Another British horror, Shepherd, is set on a remote Scottish island where all hell promises to break loose.

A still from ‘The Harder They Fall’ | Photo Credit: Special Arrangement

Lest you think I am obsessed with horror, The Wolf Suit sees filmmaker Sam Firth piece together her parents’ relationship in a documentary that deploys a plethora of narrative devices. While on documentaries, 8 Bar – The Evolution of Grime traces the enormous impact that particular kind of electronic music has had in the UK. And The Afterlight is a collage of actors from the early part of film history with one thing in common — they are all deceased. Elsewhere, Debbie Tucker Green’s Ear for Eye, an adaptation of her own stage play about racial injustice in the UK and the US, is particularly relevant, given the times we live in.

And so to home — I’ve already watched Rahul Jain’s Invisible Demons at its Cannes world premiere and look forward to watching it again because it is a masterly document of climate change. Prasun Chatterjee’s Two Friends — which was showcased at the Hong Kong Asia Film Financing Forum in 2020 — and Natesh Hegde’s Kannada film Pedro — one of the projects that won Film Bazaar 2019 — are two more to look forward to from India. Then there is Rehana, from Bangladesh; I plan to rewatch this one as well due to its takedown of deeply-entrenched patriarchy anchored by a powerful central performance from Azmeri Haque Badhon.

Rehana is co-produced by Singapore’s Jeremy Chua. The island nation is a cinematic powerhouse and one of my must-watch films from there is the short A Man Trembles by Mark Chua and Lam Li Shuen, produced by Judith Tong. It is set during the Asian Tigers economic crisis of 1998, a period that shaped my formative years. In all, the pickings are rich in London, and I’m there for it fully this year, as travelling to Busan is impractical.

Naman Ramachandran is a journalist and author of Rajinikanth: The Definitive Biography, and tweets @namanrs.