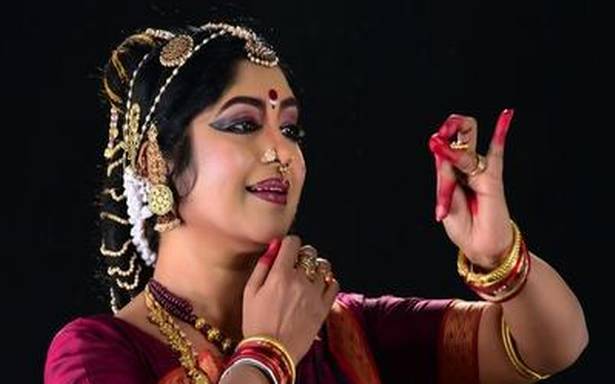 In 1922, in an epochal discovery, 2,500 copper plates were found in a secret chamber opposite the hundi inside the temple in Tirupati. These copper plates that enshrined songs composed by Tallapaka Annamacharya had remained mysteriously hidden away from the world for nearly 400 years. It is said that a succinct mention of these compositions in a book by a 19th century Englishman, Alexander Duncan Campbell, A Grammar of the Teloogoo Language, led to a dedicated search and the vast corpus of compositions, known as Sankeertanas, finally came to light.

The widely accepted number of keertanas penned by Annamayya is 32,000! However, only about 13,000 have been recovered in the form of copper plates. This figure, by itself, is formidable. The interesting fact, however, is that although his name remained obscure for centuries, some of his compositions were in use despite their writer being unknown — the lullaby ‘Jo achutananda’ is an example.

Born in Tallapaka, a village in Kadapa district of Andhra Pradesh on May 22, 1408, Annamacharya is often hailed as the progenitor of the Telugu pada kavita format of writing, a genre unheard of in his time. Well deserving of the Telugu epithet, Pada Kavita Pitamaha, it was he who set the standards for latter-day vaggeyakaras such as Tyagayya and others. The formula of a pallavi and three charanams was his invention, and is still popular.

To Tirumala Tirupati Devasthanam (TTD), the trust that manages the affairs of the temple, goes the credit of pulling Annamayya out of four centuries of anonymity. In the 1950s, doyens like Veturi Anandmurthy, scholar and littérateur, and Mangalampalli Balamuralikrishna, considered a modern-day vaggeyakara, were roped in to set these compositions to tune and popularise them. Over the years, other musicians also threw in their might and tuned Annamayya compositions, chief among them were Rallapalli Ananta Krishna Sharma, Nedunuri Krishnamurthy, Garimella Balakrishna Prasad and Balantrapu Rajanikanta Rao. These songs have remained etched in the musical consciousness, and most of them have been adapted to Kuchipudi. Among the songs that made their way into the world of dance are ‘Alarulu kuriyaga’, ‘Adigo alladigo’, ‘Mudugare Yashoda’, ‘Narayanate namo namo’, ‘Paluku tenela talli’, ‘Cheri Yashoda ku’ and ‘Brahmam okkate’.

The movement gained a definitive thrust in 1978 under the stewardship of Annamayya scholar Kamishetty Srinivasulu. TTD launched the Annamayya Project to bring the composer’s works to light. The project led to HMV releasing a slew of LP records with the redoubtable M.S. Subbulakshmi singing Annamayya compositions.

This was also the beginning of another beautiful relationship — between Annamayya and Kuchipudi. Kamishetty Srinivasulu commissioned Vempati Chinna Satyam to choreograph five songs to popularise the composer’s works, realising that dance was the perfect medium to accomplish this. While Shobha Naidu danced Guru Vempati’s choreographies, Uma Rama Rao, one of the earliest female Kuchipudi gurus, choreographed a solo production, ‘Annamayya Katha’, on the life of the composer, which was performed by her prime student, Alekhya Punjala.

Several other Annamayya songs that had already gained popularity were painstakingly choreographed and presented in small towns and villages over months, as a promotional tour. “We took great care in both choosing and choreographing the songs. If sringara rasa was predominant in some songs, others spoke of sharanagati (surrender) and others had philosophical overtones,” recalls Alekhya. She further adds that the compositions were so diverse in theme and content that they made them ideal for dance, citing the example of a melukolupu, ‘Meluko sringara raya, meti Madana Gopala’ or a sringara padam, ‘Emuko chigurutadharamuna’ or a highly philosophical song like ‘Nanati batuku natakamu’.

The perfect marriage of Annamayya’s compositions and Kuchipudi owes its success to the fact that Telugu lends itself effortlessly to the dance. As dancer and Annamayya scholar Anupama Kylash explains, “Annamayya was such a genius that his writing encapsulated complex ideas in descriptive phrases, often employing the vernacular to connect with the common man. This adroit use of language and ideas offer immense choreographic possibilities to the dancer.”

In fact, G.B. Sankar Rao, research scholar on Annamacharya literature, even suggests that Kuchipudi’s popular operatic ‘Bhama Kalapam’ may have been influenced by Annamayya’s Desi Suladi, which is based on goddess Alamelu Manga, but is very similar to ‘Bhama Kalapam’ in treatment. The portrayal of Satyabhama with all her quirks is peculiar to the Telugu storytelling tradition, not found in any puranic text. For example, Satyabhama hitting Krishna with her braid is mentioned in Annamayya’s work too. One may thus infer that Kuchipudi has been enriched by Annamayya in more ways than one, being part of one seamless desi sampradaya of spreading Krishna tatva across ages.

Kuchipudi’s association with Annamayya continues to grow stronger as scholar-dancers like Anupama explore his lesser-known pieces in their choreography. The work of researchers like Sankar Rao is also noteworthy as he is credited with not just bringing to light Annamayya’s compositions but also those of other Tallapaka poets. Such is the inexorable draw of Annamayya’s writings that even Bharatanatyam dancers have begun to look there for inspiration.

The writer is a dancer and artistic director of ‘Feet on Earth’.

Robert Durst Sentenced to LIFE In Prison For Murder of Susan Berman!

Dolly Parton Once Made Stephen Colbert Cry: ‘I'm Under A Lot of Stress'
Cities News