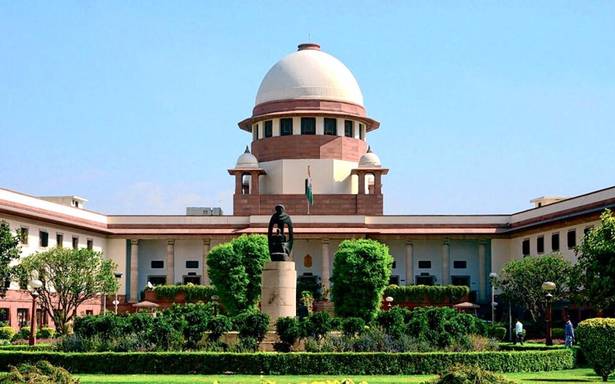 Top court, however, remarks any extension should be for short period

The Supreme Court did not intervene with the government’s decision to “retrospectively extend” the tenure of Sanjay Kumar Mishra as the Director of the Enforcement Directorate solely on the grounds that he is due to anyway retire in November 2021.

In a judgment pronounced on Wednesday, a Bench led by Justice L. Nageswara Rao, however, said Mr. Mishra should not be given any further extension at the top of the specialised Central agency that investigates sensitive cases under the Prevention of Money Laundering Act.

Upholding the power of the government to extend tenures beyond two years, the court, however, underlined that such a drastic measure should be taken only rarely.

“It can be given to facilitate an ongoing investigation. Any extension of tenure during superannuation should be for a short period,” Justice Rao read out from the judgment.

The judgment is based on a petition filed by NGO Common Cause, represented by advocate Prashant Bhushan, challenging the retrospective extension. The petition had argued that Mr. Mishra had already been superannuated. The extension damaged the autonomy of the ED.

The NGO sought the quashing of the Office Order dated November 13, 2020, issued by the Centre retrospectively amending the tenure of Mr. Mishra.

It had sought a direction to the government to appoint the agency’s Director in a transparent manner and strictly in accordance with the mandate of Section 25 of the Central Vigilance Commission (CVC) Act, 2003.

Solicitor-General Tushar Mehta justified the extension. He said the reasons for it were on record. There was proper application of mind and the decision was not a product of a whim.

Mr. Mishra was appointed Director of ED for two years by an order dated November 19, 2018. However, the Central government on November 13, 2020, issued an Office Order in which it was stated that the President had modified the 2018 order to the effect that the period of two years was modified to three years.