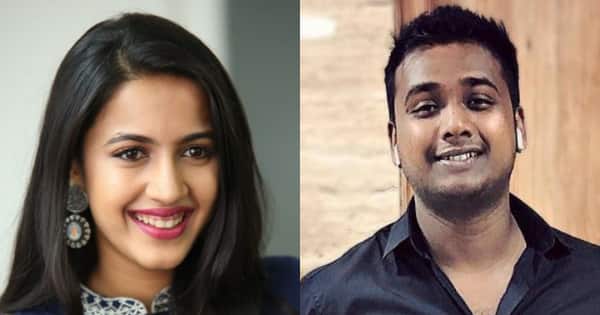 Early morning today, Ram Charan’s sister and south actress Niharika Konidela and singer Rahul Sipligunj were detained by the cops. They had been partying at a pub in Hyderabad’s swanky pub in Banjara Hills. Reports state that Niharika and Rahul were amongst 150 others who were detained by the cops. It seems drugs were found at the pub where they were partying. Some reports state that the party went on long after the closing hours. Niharika and Rahul both stayed at the police station overnight it seems.

There were a lot more VIPs too. Niharika, Rahu; and the other VIPs were reportedly served notice. A top cop at the Banjara Hills police station informed Hyderabad Times, “Around 150 people were partying at a pub last night. The pub doesn’t have permission to operate post-midnight. A singer and actress were among those detained as a prohibited substance was found on the premises. We are still interrogating and are yet to file an FIR. More details will be revealed soon.”

A couple of minutes ago, Niharika’s father, Naga Babu released a statement saying that Niharika was in the clear. “Police have taken action for running the pub after allowed hours. As far as Niharika is concerned, she is clear. Police informed us she did not do anything wrong,” he said reported Mirchi9.com. Naga Babu issued a clarification because he didn’t want rumours to spread. “She was detained for being there. I am giving this clarification so as not to allow speculations. Our conscience is very clear. I request not to spread unwanted speculations,” he said in his message.

The report in ETimes stated that Rahul was let go at 8 AM on Sunday whereas Niharika was snapped leaving the police station at about 12 PM. Reports state that blood was taken from all those who were detained after the raid.