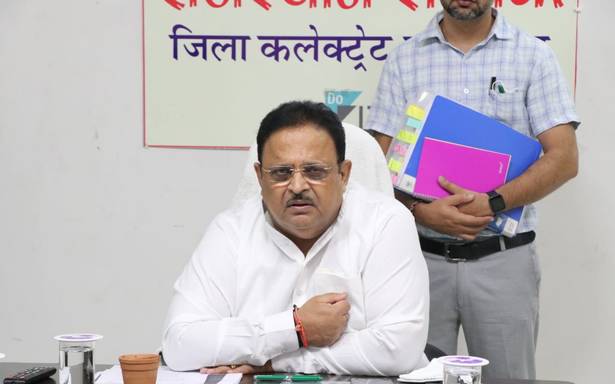 Sonia Gandhi ends speculation over Sachin Pilot getting the post

The appointment is significant because it was speculated that the party may offer the post of AICC’s Gujarat in-charge to former Rajasthan Pradesh Congress Committee (PCC) chief, Sachin Pilot, and “accommodate” him.

However, sources close to Mr. Pilot indicated that the former Deputy Chief Minister of Rajasthan was reluctant to move out of his home State.

The appointment of the Rajasthan Health Minister also comes ahead of the impending Cabinet reshuffle in the Ashok Gehlot government, in which some Ministers are expected to be dropped to accommodate Mr. Pilot’s loyalists.

The AICC post became vacant after Gujarat in-charge Rajeev Satav passed away in May because of COVID-19-related complications.

Even though Assembly elections in Gujarat are just a year away, the AICC had kept the post vacant for a long time, fuelling speculation that it could be given to one of the key players from either Rajasthan or Chhattisgarh, where the party faces a leadership tussle.