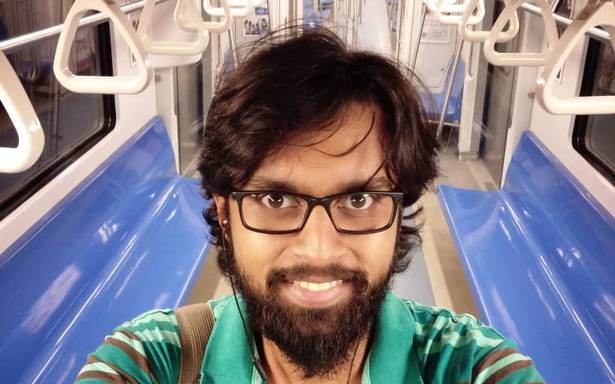 How do you write an obituary on a colleague? Especially one who was young, enthusiastic, full of life and enjoyed a good argument. That was Pradeep Kumar V, well read, well informed and fiercely opinionated: In the best kind of way.

Till about two weeks ago he was very active, chasing stories, doing interviews, filing articles, and — always a meticulous sub editor — sending WhatsApp messages to the rest of us as deadlines loomed, ensuring all punctuation was in place. He was especially attached to semicolons and colons.

A film reporter with The Hindu MetroPlus, in his previous stints Pradeep, 28, covered many other news beats including Chennai Corporation. Thorough in his research, he always found interesting angles to the stories he wrote. He was enthusiastic about film writing, constantly tracking the latest trends in the industry, and coming up with timely ideas that he executed quickly. His writing was fresh, thoughtful and sensitive.

Every time he came up with an interesting one, everyone in the department could tell because his eyes would come alive as he swivelled energetically in his chair to discuss it. He shared a warm relationship with fellow journalists as well as the people he interviewed.

Unapologetically individual, his shaggy hair, moustache and beard evolved constantly, and were a popular subject of good-natured ribbing, but he took it in his stride. So did he, the fact, that he was the lone Liverpool Football Club fan in a sea of Man-U supporters often breaking into humming the Liverpool anthem ‘You’ll Never Walk Alone’. An avid biker, he would often ride off to places unknown, sending us the occasional wind-swept selfie, and returning with a story to file on his adventures.

When Pradeep passed on last Sunday from COVID-19 complications, he went knowing that he had touched all of us with his zest for life. And that he did not walk alone.