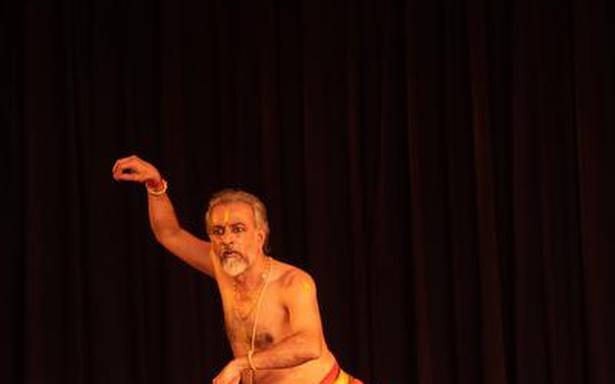 While inaugurating Kalakshetra Foundation’s ‘Kala Samprekshana – The Art of Seeing Art’, veteran dancer and MP Sonal Mansingh analysed the concept, talking about appropriateness, steadiness and focus, when the artiste transcends physicality and connects with the inner self. She quoted the examples of Balasaraswati and ballerina Margot Fonteyn, both of whom held audiences spellbound despite their ageing bodies.

The conference was set around the idea of performing art that transforms a spectator into a sahrudaya, using technique and creativity to evoke rasa. There were presentations by artistes and researchers.

Musicologist Radha Bhaskar brought out the beauty of Carnatic ragas while artist Meenakshi Madan spoke about the revival of the Chithrakathi paintings of Maharashtra. There was a short session by Kalakshetra alumnus Manasi Bhatkhande, who shared insights from her award-winning thesis, ‘Rasas in Malavikagnimitram’, which goes into the details of Kalidasa’s first dramatic work, re-imagined as a dance drama, scene by scene, with ragas, lighting, and costumes.

Historicity is an important component of classical arts, and there are many manuals and treatises in India about the arts that date back to the pre-Christian era. Researcher Rajshree Vasudevan made a presentation on this, where she drew parallels between ancient Greek and Indian art.

Professor Raghuraman spoke about Tamil Sangam literature and its focus on landscapes as the triggers of human emotions. Tamil literature is thus divided into genres based on mountain, forest, cultivated land, desert and seashore. Incidentally, Sangam poetry dealt exclusively with human emotions, not with gods, and according to Professor Raghuraman, the oldest surviving text, Tolkappiyam, dated around 700 B.C., reveals the existence of the performing arts then. There is a structured way in which an artiste explain a situation: Mudalpporul refers to landscape, time zones, seasons, etc; Karupporul describes birds and animals and Uripporul, the emotions.

In Kerala, the Balarama Bharatham was written by Karthika Tirunal, containing an expanded vocabulary of angika abhinaya (movement of limbs). Mohiniyattam expert Kalamandalam Rachita Ravi explained the contents briefly, contrasting this text with the Natya Shastra and Abhinaya Darpana.

Classical Kathak can be traced to courtesans and the influence of the Mughal court. It moved from temples to courts and then the stage. Kathak’s fluid style can be attributed to the architecture of local temples, especially their rounded domes. Kumudini Lakhia, through her disciples, introduced viewers to the dance form’s nuances, such as the thaat (standing pose), amaad (entry), tukda (a piece composed of bols), etc.

Alumnus G. Narendra returned to the Kalakshetra stage with a memorable Hanuman varnam (Ritigowla, Adi) written by Professor Raghuraman and tuned by K. Hariprasad. With sparkling theermanams, highlighted by Mahalakshmi Kameshwaran on the nattuvangam and Ramesh Babu on the mridangam, and warm sancharis, he underlined his place in the world of dance. Binu Venugopal (vocal) and Kalaiarasan (violin) provided beautiful music.

The finale was a lively performance by students of Bharata Kalanjali for Mysore Vasudevachar’s compositions, conceptualised by alumni artistes Shanta and V.P. Dhananjayan.