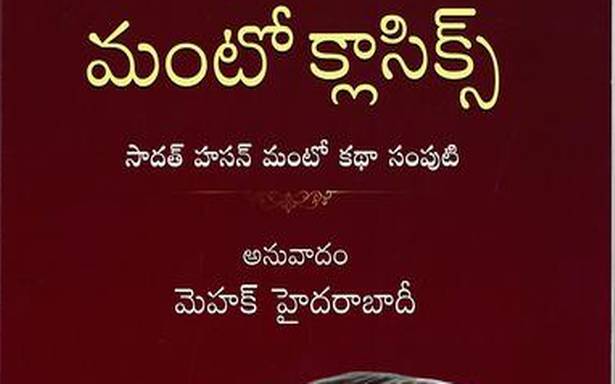 Padullaparthy Venkata Suryanarayana Murthy, known by his pseudonym Mehak Hyderabadi to readers, has been bridging thecultural gap through translations. The former senior journalist with 35 years of experience in Telugu print media has been enriching readers with the ease and simplicity of his translations of Urdu stories into Telugu.

The Telugu stories Toba Tek Singh (Toba Tek Singh), Teetwal kukka, (Teetwaal ka kutta), Challani Maansam (Thanda Gosht) and Sukhaantam (Anjaam Bakhair) from Manto’s second volume deal with the horrors of Partition. “It is hard not to be gripped by Manto’s narration of the dark times. People from this part of India (South) were not so impacted by Partition but the narrative leaves you distressed. One feels shattered and hopeless and I was no exception,” shares Mehak.

While there have been translations of Manto’s works into Telugu, they have been translated from English or Hindi. Mehak claims, “I am the first writer to translate Manto stories from Urdu, the language they were originally written in.”

Mehak was transferred to Hyderabad in ’90 from Vijayawada. Hoping to get a State government job, he began learning Urdu from MA Malve, a retired DSP. He did not get the job but continued to learn for two years, cleared Urdu exams and translated Urdu articles from Siyasat and Munsif into Telugu. “Urdu is poetic and its expressions are unmatchable.”

Translations are a lot of labour, observes Mehak. “Being aware of the atma (soul) of the original writer, what he/she wants to convey, the language’s history and culture helps in the translation process. One has to be careful of the idiom and dialect used.” The key Mehak points out is not imitating the writer’s style while ensuring the gist does not get diluted.

Mehak rues the fading away of mushaira culture in Hyderabad as well as the fact that youngsters are not finding learning Urdu rewarding. “Urdu has many admirers but its position as medium of instruction in educational institutions is vulnerable. The link between Urdu learning and employment opportunities is fragile and many students with Urdu as mother tongue are not inclined to study in it.”

Revealing the story behind his takhallus (pseudonym), he says, “Mehak means fragrance and also touchstone to check the quality or genuineness of gold. Renowned Urdu scholar Muztaz Majaz who gave me the name felt it will be unique in the literary world.”