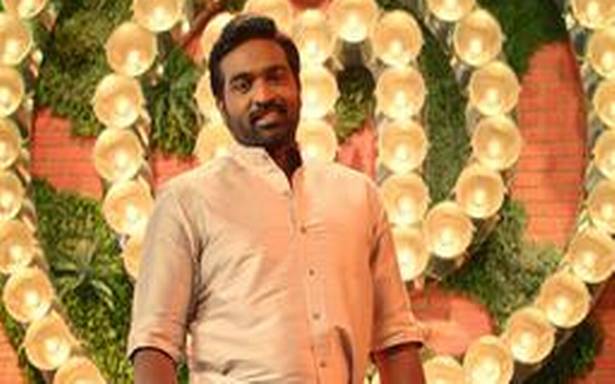 Vijay Sethupathi is one of the busiest actors in cinema now, with multiple film projects in various languages. But, the telecast he is currently looking forward to, has no script.

The 42-year-old actor has been shooting for MasterChef Tamil, which he is hosting, in Bangalore’s Innovative Film City for a while now. “When I am on TV, there is no script… To connect instantly with people is beautiful. When I did my earlier TV show, Namma Ooru Hero, I was afraid initially, but after a couple of episodes, I felt comfortable. It made me think differently,” said ‘Makkal Selvan’ Vijay Sethupathi in a press conference held on the sets of the show. (He also remarks that the MasterChef Tamil set up “looks as grand as a Shankar film set.”)

The actor, who was seen earlier this year in Vijay-starrer Master, hopes to connect with home cooks and food enthusiasts, both on set and off, with this show. “I tell all the people who are participating: ‘You can speak a lot and be happy, but the art of cooking is a serious one.’ This show is not just about unavu (food), but also ullam (soul). It will make you think.”

When Sethupathi got an offer to host this show, he initially turned it down. However, after director Vignesh Shivan explained the the concept over a casual chat, the actor decided to go ahead. “We did not want to replicate the original, MasterChef Australia. I wanted the presentation to be mine, because it is a show of my makkal (people).”

The show, which features cooks trying their hand at both Indian and international dishes, lays emphasis on presentation, the cook’s thought process and — of course — taste. Responding to a question on his capabilities as a chef, Sethupathi said, “I do not cook regularly, but whenever I do, I like to mix and match things. I have made biriyani, curd rice and sambar in the past. I attempted a difficult dish for the show, and it was a great process.” He adds, “My mother, wife, sister and even my daughter are all wonderful cooks, and I am fortunate to be around them.”

MasterChef Tamil, presented by Innovative Film Academy in association with Endemolshine, will be telecast on Sun TV from August onwards