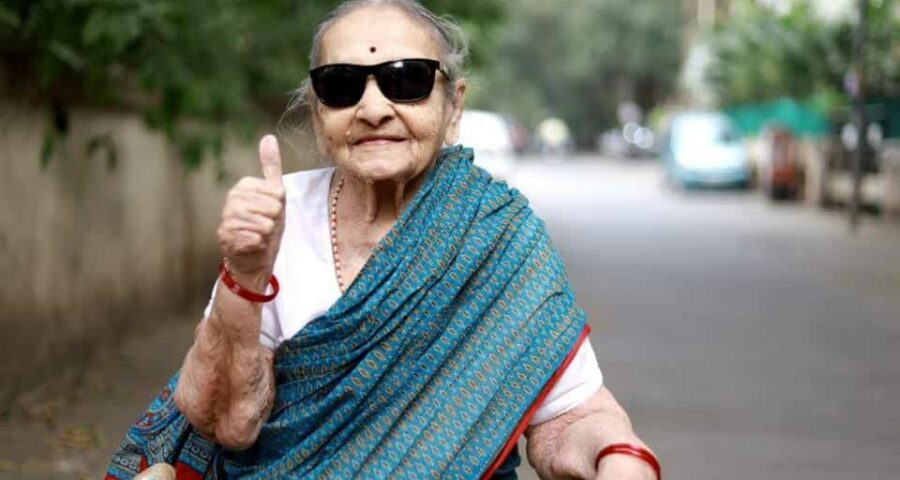 The Internet is filled with stories that can leave us inspired. This special tale of a 100-year-old granny is indeed a beautiful addition to that category. Shared on the Facebook page Humans of Bombay, the story may fill you with optimism too.

“’I’m 100 years old beta–maine sab dekha hai! I’ve seen GandhiJi in jail– Baba was a doctor at the prison, so sometimes he’d sneak me in. I’ve seen the rise and fall of Hitler. And I’ve seen a flu much worse than this one, where I first learnt the word ‘pandemic’. I’ve seen freedom fighters protesting relentlessly–I’ve joined them too!” reads the caption that introduces people to a part of her life’s journey.

The post then goes on to explain how after her marriage she travelled around the country with her husband because of the transferable nature of his job.

“The women in my circle called me ‘too forward’ and even said that this way I would be spoiling my kids, especially when I insisted on getting a T.V. But I believed in one thing–adapting with changing times,” adds the post. The share further describes how she believes in adapting with the change.

Read her story in detail:

Shared a few hours ago, the post has already garnered over 15,400 reactions along with tons of comments. Netizens couldn’t stop lauding her indomitable spirit and showered love through their comments. Many also expressed their liking for the post with GIFs and heart emojis.

“True inspiration she is,” wrote a Facebook user. “This woman is who I want to be when I’m in my golden years,” commented another. “’Honestly…who says ‘no’ to pizza? …best line ever,” expressed a third.

“You are a role model Dadi!! Seriously, hats off to you… We have so much to learn from you,” commented a fourth.