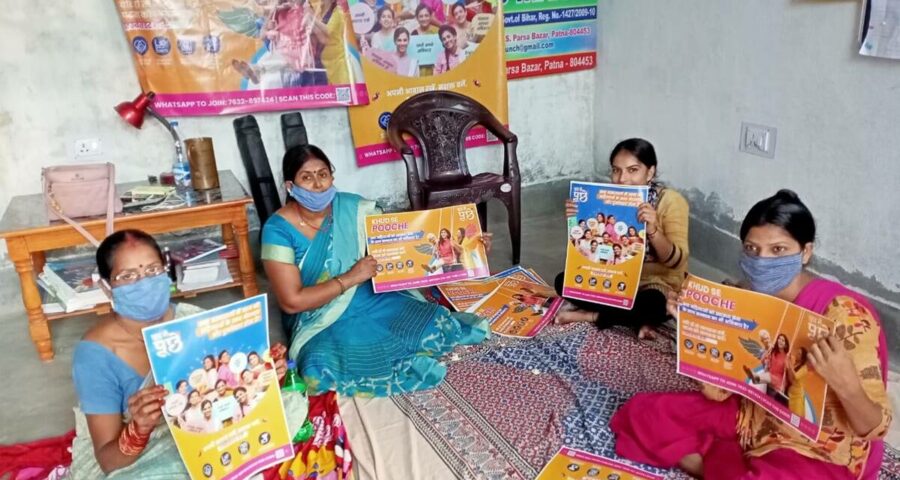 Encouraging women to have agency, the campaign has invited those aged between 18-30 to be ambassadors and champion the change towards building a collective idea of 'care with dignity'. 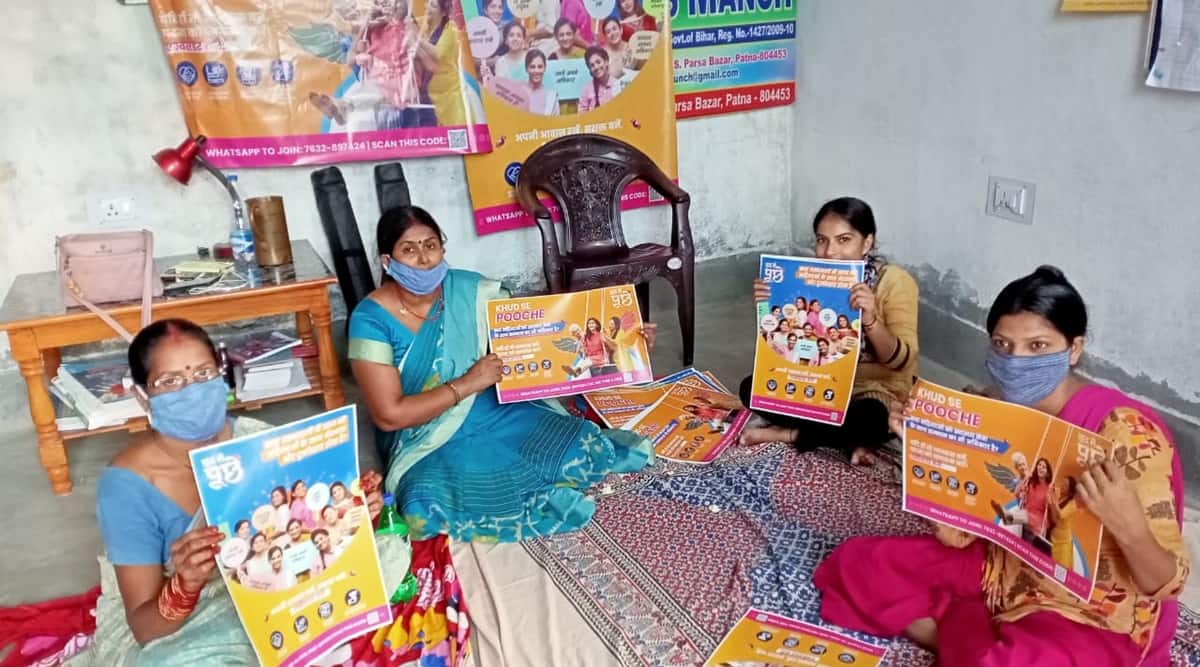 Even as marketers promote improved sanitary products and dietary supplements for women, in India, there are still many females who are either unaware or do not even feel comfortable talking about their health issues.

According to the Indian Women’s Health Report 2021, conducted by Emcure Pharmaceuticals in association with Ipsos Research Pvt. Ltd, nearly half of the 1000 women they surveyed, aged between 25-55, did not want to talk about their health issues to avoid social stigma. The report found that common health issues like PCOS, breast cancer and endometriosis are still considered taboo.

As a step forward, a group of women have come together to launch ‘Khud se Pooche’ in Patna, a campaign of, by and for women that aims to raise awareness around women’s healthcare. Encouraging women to have agency, the campaign has invited those aged between 18-30 to be ambassadors and champion the change towards building a collective idea of ‘care with dignity’. How did you come up with ‘Khud se Pooche’?

Gurpriya: By engaging and talking to hundreds of women in the last one year, we realised that women’s interpretation and experiences of accessing healthcare are very diverse and personal to them. ‘Khud Se Pooche’ is a campaign to have women introspect and self-explore the meaning of dignified healthcare through this self-reflective journey, as well as an ask to encourage what they need, engage with other women and build a collective voice of defining dignity in healthcare.

Women of Patna were defining dignity and care in terms of what their roles in society demanded from them, quite distant from self. Hence, there was a need to shift the narrative to bring focus on the self and personal interpretations of dignified healthcare.

Was it a conscious decision to make ‘Khud se Pooche’ a women-led campaign?

Gurpriya: We noted that women are engaging in activities online or in communities, but it was important to move them to become participants and leaders of a campaign that is centred around their interpretation of dignified healthcare. Through this campaign, we are hoping to have women lead and define their own narratives on different platforms. This voice, along with the issue, will create a ripple effect on other women, as well as men and other stakeholders.

Priyaswara: Yes, it is. I think we should first work with women so that they will be aware of themselves and then the phase comes where we should include men also. As a society, we need to include man and woman both in every type of conversation.

Why do you think women are missing out on conversations around healthcare?

Sagarika: Women in today’s time are a lot more aware and connected with the outside world and events than ever before. They are active participants in building the changes in the society at various levels. Yet their conversations around healthcare take a somewhat backseat owing to various reasons such as:

*They initially don’t even seem to realise the problem as a problem to be talked about.

*Even if the problem somehow is realised, they often become ignorant and dismissive of their own situation.

*The priorities of life take over their own sense of well-being as they identify themselves in the various roles of life.

*The family is often not sensitive enough or doesn’t help identify the situation which further discourages the women.

*The women often have an internal fear of being judged if they talk about their healthcare issues out in the open so it never becomes a norm.

*The women in general feel a lack of supportive and conducive space where they can be themselves and speak their mind.

Priyaswara: In some cases, there is hesitation and fear among women themselves. And if women take steps related to their health, the decisions that they take are not fully theirs, it is taken by others. 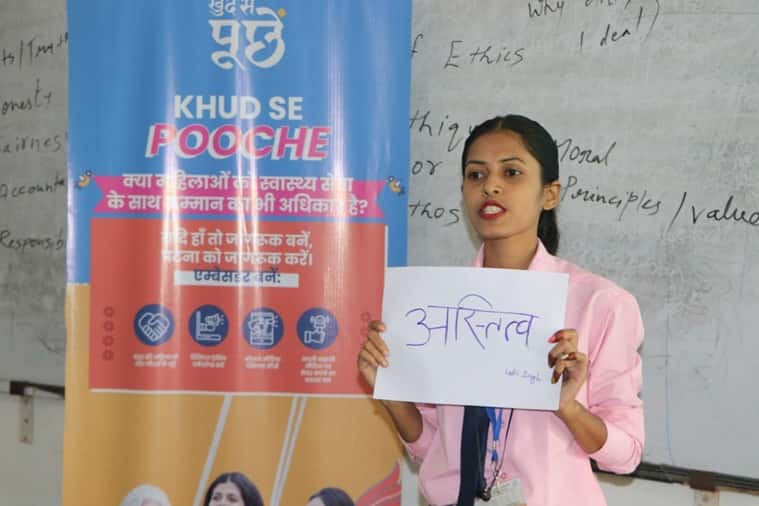 How difficult has it been to fight health-related myths, misconceptions, beliefs and promote the right awareness?

Sagarika: The path is often a tricky and challenging one. People are often prejudiced, which means they like to believe what they believe. Breaking through myths and misconceptions demands an open mind and open heart which isn’t a natural trait of many and hence they don’t seem to relate. Due to the conditioning, there isn’t a question raised on the accuracy of the matter which leaves no scope for any new information to penetrate. People tend avoid taking ownership of the matter and research on their own before they believe or normalise any myth or misconception.

Priyaswara: If I talk with the perspective of young women/girls who are 18+, the first taboo that they face is being judged when they go for treatment or consultation. They are often unaware of which medical expert to visit. They don’t even know if they are receiving the right treatment. They learn to deal with their health-related problems at home. The main issue is “What will people think about them?”

What kind of health issues are you particularly talking to women about? Does it also include mental health?

Gurpriya: These issues range from sexual health, reproductive health, menstruation to access to contraceptions, abortions, etc. The experiences are so varied and sometimes distressing that conversation on mental health becomes important too.

Was it a challenge to rope in ambassadors? How did you encourage them?

Gurpriya: We have over 250 women from Patna join as ambassadors in two weeks. A big source of encouragement for women ambassadors was a need to be part of a community, a need to take out time for self and explore other avenues of learning and engaging on social issues. With women’s mobility being restricted during the pandemic, along with increased workload, they realised the need of being connected, and being part of spaces where they can collectively cope and also explore newer ways to engage. So, a call to upskill themselves and voice their perspectives has worked.

Sagarika: Social mobilisation is often the tricky and challenging aspect. In order to get people onboard for any cause, we have to get through the various challenges that they face internally in their minds and externally in their environment.

It’s equally challenging for the people too to come out in open and be a part of the change as it requires a lot of courage and willingness. It’s only when they identify with the problem, will they be pushing themselves to take the leap of faith and give voice to the issue concerned which affects not just them but many alike.

So, the challenge was to basically make them realise the urgency of the matter as to how it is affecting them at an individual level and how their silence is feeding the situation further in a negative way. We encouraged them by making them understand the value of their words and actions that they need to take in the direction of bringing out a positive change for all in the near future.

What do you aim to achieve with this programme?

Gurpriya: We’re hoping that through this campaign, women will come together to co-create a symbol and articulate their definition of dignity in healthcare. The symbol will help visualise and build wider recognition on the issue itself. We’re hoping that through this campaign the women continue to sustain the momentum that is getting built through actions, stories and garnering community support.

Priyaswara: We successfully conducted the orientation at three colleges of Patna — Patna college, Arvind Mahila college and Shri Sai college with about 100 female students. Our aim is to help create a safe space for women to share their stories. They will learn to love their bodies, freely go to any doctor and health centre, and inspire other women in the process. The main thing that will happen through this campaign is that the younger women will start communicating and exploring and will learn to take independent, informed decisions.