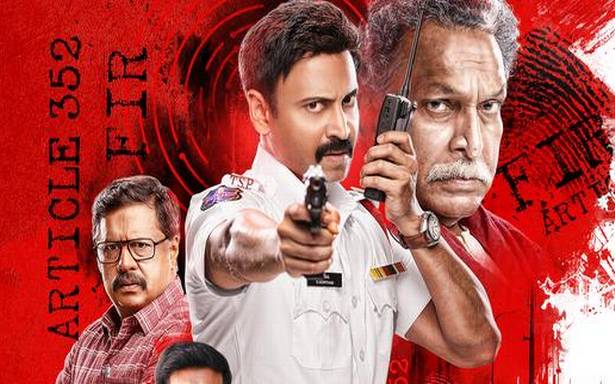 A well made thriller showing a traffic cop solving a crime

In this whodunnit thriller set in 1975 and the 80s, Gautham (Sumanth) plays a traffic cop who is frustrated with his job and wants to work in the crime department. He comes across a bunch of skeletons and believes a murder took place. Though his higher-ups advise to desist from going ahead, he begins a search for the killers.Kapatadhaari

This leads him to find support in a retired, alcoholic inspector Ranjit (Nasser), who was originally the investigating officer in that case. We are also introduced to GK (Jayaprakash) and another man Aleru Srinivas. The rest of the story shows the stumbling blocks in Gautham’s effort to nab the killers.

Though this is a faithful remake of the original Kannada film Kavuladhari, efforts have been made to show thatit’s not just another commercial subject. The film does keep you engaged, retains the suspense for most part but lacks any emotional connect.

Sumanth’s and Nasser’s portions keep you hooked. Nandita Swetha plays Jaya Prakash, a journalist’s daughter, and doesn’t have much to do. Jayaprakash also excels in his role as a scribe, in fact he is a revelation. He seems to have walked the extra mile to show his prowess as a drunkard.

The film is interesting and the heroine’s entry changes the mood of the story, albeit for a short while. There is an item dance by Suman Ranganathan who plays a film actress and her sudden disappearance evokes interest.

This is a good film for Sumanth. The film isn’t too sleek, but good enough to generate interest.