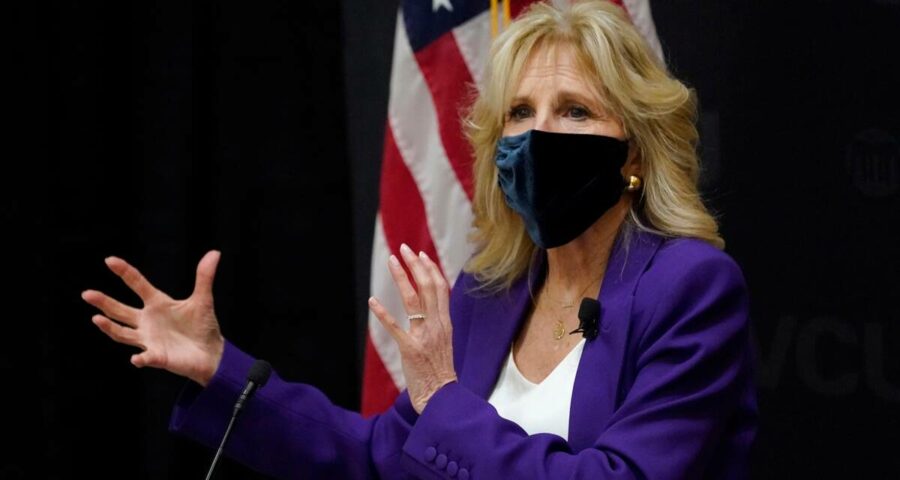 Clarkson recently brought her show to the White House for a socially distant conversation with Biden in the East Room, NBC released interview excerpts Wednesday, including a clip of the first lady offering comforting words about carrying on after a relationship breakup 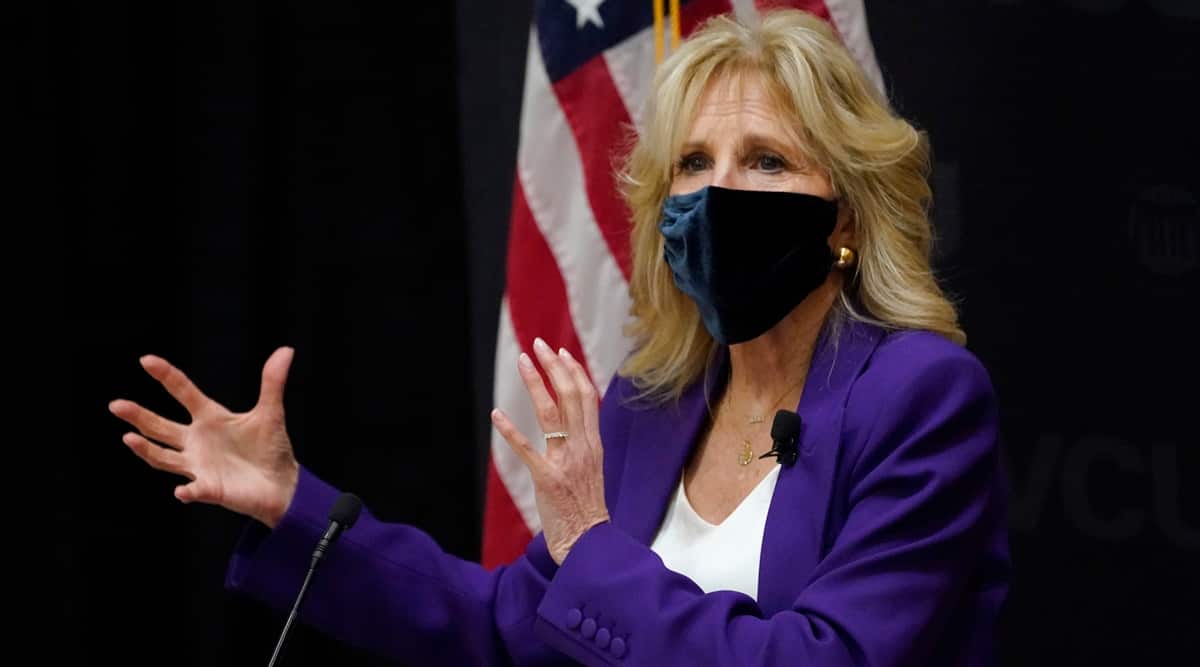 Jill Biden offers comforting advice to Kelly Clarkson, telling the singer and talk-show host who is going through a divorce that things happen for the best and that life will eventually “look better.”

The first lady — a divorcee herself — also reveals what she looks forward to when COVID19 clears up and explains why women should take time for themselves every day, as she does. She spoke during an interview with Clarkson that is set to air nationally on Thursday.

Clarkson recently brought her show to the White House for a socially distant conversation with Biden in the East Room, NBC released interview excerpts Wednesday, including a clip of the first lady offering comforting words about carrying on after a relationship breakup.

Citing her late mother’s advice, she tells Clarkson things happen for a reason. She also says her divorce freed her to meet Joe Biden and have a family with him.

“My mother always said to me things are going to look better tomorrow,” Jill Biden said, encouraging Clarkson to “take one day at a time and things will get better”.

“I look back on it now and I think you know if I hadn’t gotten divorced I never would have met Joe,” she continued. “I wouldn’t have the beautiful family I have now. So I really think things happen for the best and I think Kelly, over time, I don’t know how long it been for you, but I think, over time, you heal, and you’re going to be surprised and I can’t wait until that day comes for you.”

Clarkson has spoken in other interviews about the pain of her public breakup. She filed for divorce last year from Brandon Blackstock after nearly seven years of marriage. They have two children.

After marrying Joe Biden, Jill Biden helped raise his sons Beau and Hunter after their mother and baby sister died in a car crash in 1972. The couple later had a daughter, Ashley. Beau Biden died of brain cancer in 2015 at age 46. The Bidens also have six grandchildren.

During her first solo television interview, Jill Biden also discussed her interest in education, military families, cancer research, and healing the country. She also answered questions from members of the show’s virtual audience.

“Maybe go have a martini and some french fries,” she told one audience participant who asked what she would do when COVID19 clears up.

She explained why she loves to exercise and carves out time for herself.

“I run, I bike. It clears my head, so that’s really important to me and I think all women should have something, it doesn’t have to be exercise, although hopefully it would be,” she said. “Just to take a moment for yourself”.

“So I get up early, and that’s my time that I have for myself,” Biden said.