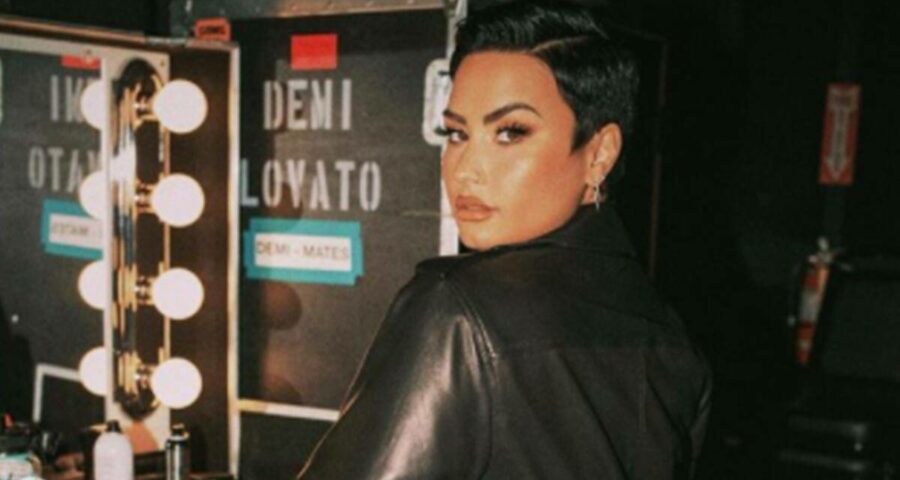 "As long as you keep trying to respect my truth, and as long as I remember my truth, the shift will come naturally," they wrote Ever since they shared with the world that they identify as genger non-binary, Demi Lovato has been pleasantly surprised with how much effort people have taken to address them by their new pronouns ‘they/them’. The 28-year-old had recently shared that they are incredibly happy their family and friends have been trying to use the new pronouns.

According to a People report, the singer had opened up during an interview with Audacy, saying it took them “a year and a half of exploration” to get to this point in their life. “I’ve noticed — especially my older sister Dallas — I’ve noticed her using ‘them’ and ‘they’, and it really does warm my heart up that people are trying,” they were quoted as saying.

They added: “My friends have had a little harder time to get used to it, actually. Just because, I think, your friends are the ones who you’re more likely to be like, ‘B*tch!’. So I’m like, look, you can still call me ‘b*tch’.”

And now, in a recent post on social media, they wrote that it is all right to “misgender” them, especially since the transition has been fairly new.

“If you misgender me, that’s okay. I accidentally misgender myself sometimes! It’s a huge transition to change the pronouns I’ve used for myself my entire life. And it’s difficult to remember sometimes! As long as you keep trying to respect my truth, and as long as I remember my truth, the shift will come naturally.”

Lovato also wrote in the caption that they “felt the need to post this because [they] often find that the change in pronouns can be confusing for some, and difficult to remember for others”.

“It’s all about your intention. It’s important to me that you try, but if you make a mistake, it’s okay 😊🙏🏼💞 remember that I love you, and to keep going 🤟🏼☮️💗 ”

They shared the post as part of International Non-Binary Awareness Week, which is in July.

The Heart Attack singer had come out non-binary during an episode of their new podcast 4D with Demi Lovato earlier this year. Previously, they had blamed the patriarchy for putting them in a box, and preventing them from embracing their authentic self.