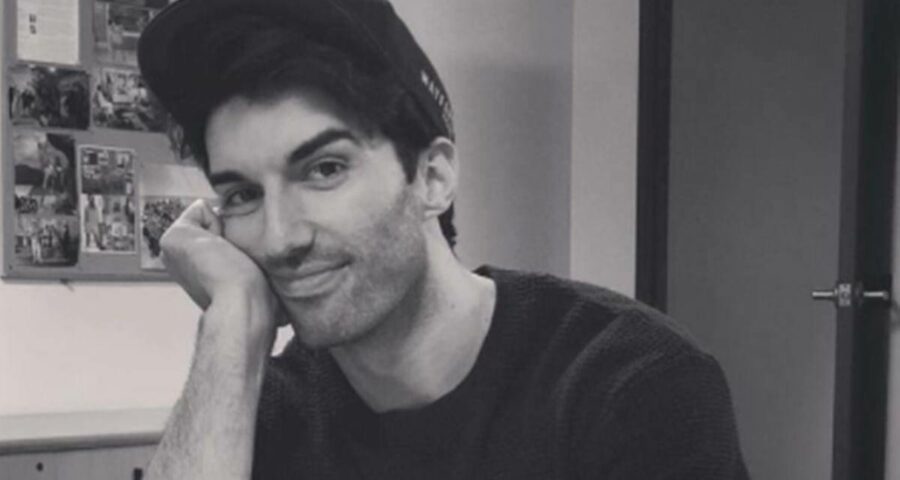 "I’ve had a complicated and confusing relationship with my body," the actor shared with his fans Justin Baldoni, who has been promoting his book ‘Man Enough: Undefining My Masculinity‘ for some time now, recently shared a post on Instagram — from when he played the character of Rafael Solano on the hit Netflix series Jane the Virgin — which looked hilarious and almost meme-like given the way it was expertly edited, but held a deeper meaning, something that many men around the world feel, but do not express openly.

In the photo, which is basically a scene from the telenovela featuring Gina Rodriguez as Jane Villanueva and Baldoni as Rafael Solano, Jane holds his now-published book in one hand, while having — what appears to be — a heated conversation with her love interest Rafael, who is wearing nothing but a towel.

While on the show Baldoni’s character assumed a charming status, the actor shared in the caption that he has had “insecurities” and “body image issues” that he “battled for most of [his] life, and especially while filming Jane the Virgin.

“There he is…shirtless Rafael and Jane holding my book 😂 One of you made this meme, and while I initially didn’t want to share it because I’ve made a conscious effort to ensure that 99.9 % of my social media has been NOT shirtless photos of me for a reason, I have deep insecurities,” he wrote.

“And like so many, I’ve had a complicated and confusing relationship with my body. At the end of the day, I am so much more than what lies under my shirt… all of us are,” Baldoni continued, adding: “Yes, I have a body, and immense able-bodied privilege, and while I am learning to love and appreciate it more every day…I can’t allow the presence of a six pack or lack thereof define me anymore.”

In the show, his character was the third angle in a love triangle between Jane and her fiance Michael Cordero, played by Brett Dier. While the show was insanely popular around the world, Baldoni’s character became a fan favourite.

“I can still strive to be and stay in shape but not at the expense of my confidence or self-worth,” the actor wrote.

His fans quickly offered their support, writing positive things in the comments.

“Rafael, as a character, meant so much to me watching Jane, but Justin as an individual means all the more, because he teaches me something new every single day… The transparency you provide for us never ceases to amaze me… I’m so appreciative to be a fan of you and I cannot wait to get your book in the mail,” one person wrote.

“Omgggg what a beautiful caption 😢 ❤️❤️ we are all human! We all go through these struggles! We think attaining celebrity status will make it disappear. Thank you Justin, for sharing!” another commented.