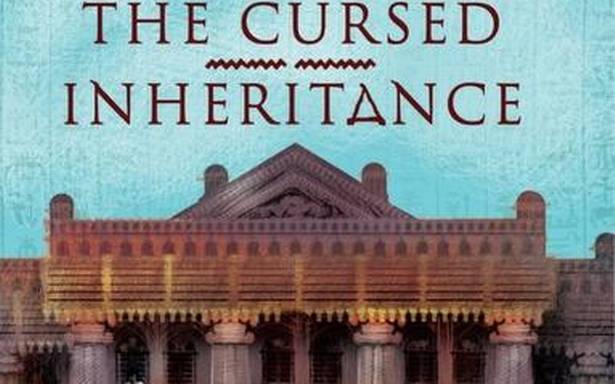 Drawing parallels, Basu cites European cities that showcase their old manors, villas or castles by weaving tales around them

Storytelling and literature play an important role in preservation of human heritage, culture and diversity and author Sutapa Basu, who is just out with her mystery novel The Cursed Inheritance says it is important for writers to contribute more towards conservation of heritage through their stories.

“Whether global or local, this awareness of heritage is important for it is a platform to share political recognition, is a medium for intellectual discourse and a means of ethical reflection,” she says.

“Exposure to architectural ancestry is best through storytelling because they engross the old and the young,” she says.

Drawing parallels, Basu cites European cities that showcase their old manors, villas or castles by weaving tales around them and that narrating well-known historical events or family anecdotes or even ghost hauntings turn them into interesting tourist destinations.

On being asked why she chose to write a mystery set in Kolkata, Basu, who has for the first time explored the cozy mystery genre, shares that she has used the city as a setting to infuse regional elements, typical to it, into the mystery. “Kolkata’s unique old-world charm is represented by its houses of red-oxide floors, green-shuttered windows, spacious porches, intricate cornices, wrought-iron grills and open terraces,” she says.

“Literary tales, mysteries or thrillers around old mansions, forts, or monuments not only provide an authentic setting for their narrations, but their readers also become curious to know more. When they visit such sites, a desire to seek out more such heritage sites grows in them. That is the way literature spreads awareness about heritage,” she adds.

Her new book gives a bird’s eye view of Kolkata’s heritage through architecture, social customs, modes of transport and food. It is a story set in a huge dilapidated mansion in Kolkata that has been bequeathed to a young heiress who has been brought up in London and has to take a trip back to this mansion and her family’s past, in order to dispose it.

“The protagonist, Anahita Sarkar, born and brought up in London inherits a mansion in Kolkata. At first, she decides to sell it. But after a few days of living in the mansion, she changes her mind. She is utterly charmed by its elegant grandeur,” Basu says.

In The Cursed Inheritance, the protagonist is beguiled by the aura of her family’s history that permeates the mansion. Each day, she finds the residence becoming more and more a part of her.

Basu, known for her historical fiction on characters from the history such as Padmavati, Genghis Khan and Nader Shah, says she has always been interested in mystery, thrillers and history.

“In Padmavati, a plot is hatched in the royal family to subdue and kill her but she is able to overcome her enemies. In The Legend of Genghis Khan, a mystery surrounds the relationship of the conqueror and a captive Indian princess. In The Curse of Nader Shah, an intrigue to dethrone and assassinate him runs from the beginning till the end of the story,” she says.

“The difference between the mysteries in my historical fiction and The Cursed Inheritance is that the latter is set in modern times and context. A young girl who knows nothing about India represents a generation whose roots are Indian but who are unaware of their homeland whether they were born and bought up in India or beyond its borders,” she says.

“My aim is to lure this generation away from their screens into the world that surrounds them and has existed even before they were born,” she adds.

Literature plays a major role in engaging readers with the intangible components of heritage. When an author describes food, clothes, traditions of a certain place and time, the readers are also able to connect them to customs and lifestyles followed by their own families.

“In The Cursed Inheritance, I describe cuisine, cooking on coal stoves, manners that are specific to the regional nuances of Kolkata,” Basu says.

According to her, many ancient buildings lie scattered across the cities of India which hold valuable narratives that need to be recorded for future generations, lest they disappear with time.

Talking about Kolkata’s heritage, Basu says, “However, lack of maintenance as well as the rush to build high rises is destroying them.”