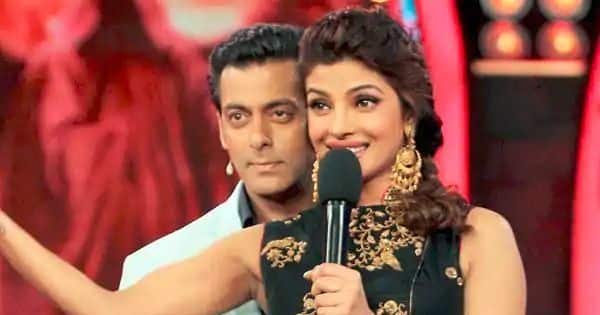 Priyanka Chopra had a rather unpleasant incident in the early part of her career. She recalled the time when a film director had told her that her panties should be seen while performing in a seductive song.

In her memoir Unfinished, the actress has revealed why she didn’t name and shame the director. She says, “I was a newcomer in a patriarchal industry and I’d learned that it was better not to poke the bear. Keep your head down and keep smiling was the rule for the girls, and I was already pushing the boundaries.”

She added, “So rather than explaining what had happened, I told him I’d misunderstood the character and wasn’t comfortable playing her, and that I’d send a cheque to reimburse them for the two days they’d have to reshoot with someone else.”

Without naming the film and its makers, Priyanka revealed that she was to strip while performing in a seductive song. She was supposed to remove clothes slowly one item at a time. Priyanka had suggested that she could have more layers of clothes such as jacket, stockings and a hair ribbon so that she could take it off one by one to make the four-minute long song more tantalizing.

The director asked Priyanka to speak to her stylist. As she passed on the phone, the director told the stylist, “Jo bhi ho, chaddiyan dikhni chahiye. Nahin toh log picture dekhne kyon aayenge?” (Whatever happens, panties should be seen. Otherwise, why would people come to watch the movie?)”

She quit the film the very next day for this reason. She revealed how Salman Khan came to her rescue. “My co-star Salman Khan, who was and is a huge star in India, understood the situation immediately and intervened on my behalf…when the producer arrived, he had a conversation with him that defused the situation. I’m not sure exactly what he said but the producer was in a much calmer state when he spoke to me,” she said.