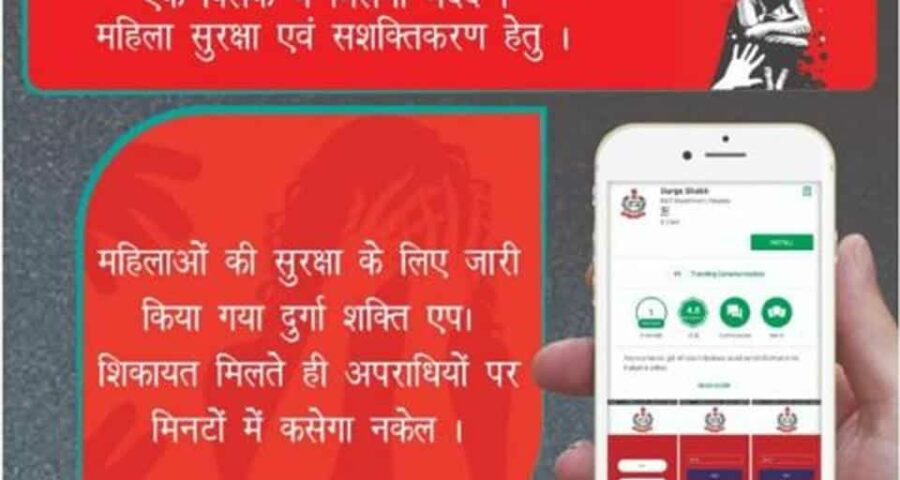 Having gained more than 51,000 new users in Haryana between January and November 2020, the total count of followers of this app has now crossed 2 lakh.

Durga Shakti app is available on both Google and Apple play store.

According to Haryana Police, 133 people in Rajasthan, 118 in Delhi, 104 in Punjab, 60 in Himachal Pradesh and 14 in UP downloaded the application last year.

While preventive action was taken in 33 matters, over 1,100 issues were resolved amicably after the police received complaints via the app.

The ADGP said that users of neighbouring Punjab, Himachal Pradesh, Rajasthan, Delhi, Uttar Pradesh and Chandigarh have installed the app to ensure safety in case of an emergency.

Haryana has 33 exclusive women police stations at present. “We are establishing a women’s help desk in 200 police stations to make the process approachable and women-friendly,” Ramachandran said.

She said to provide women a sense of security, Haryana Police has improved the working of its women helpline number 1091.

Women police personnel have been deputed exclusively in each district to attend to such complaints on priority.

In 2021, the outreach of Durga Shakti App and other women’s safety measures would be increased further, she said.

Haryana Police have secured the sixth slot across the country under the investigation tracking system for sexual offences (ITSSO) ranking introduced by the Union home ministry. “We are performing well on the ITSSO dashboard, which is an online module available to law enforcement agencies at all levels that allow the state police to undertake real-time monitoring and management for completing investigation in rape cases within two months. Haryana Police is at the sixth position in India with a compliance rate of 54.2 %,” she said.