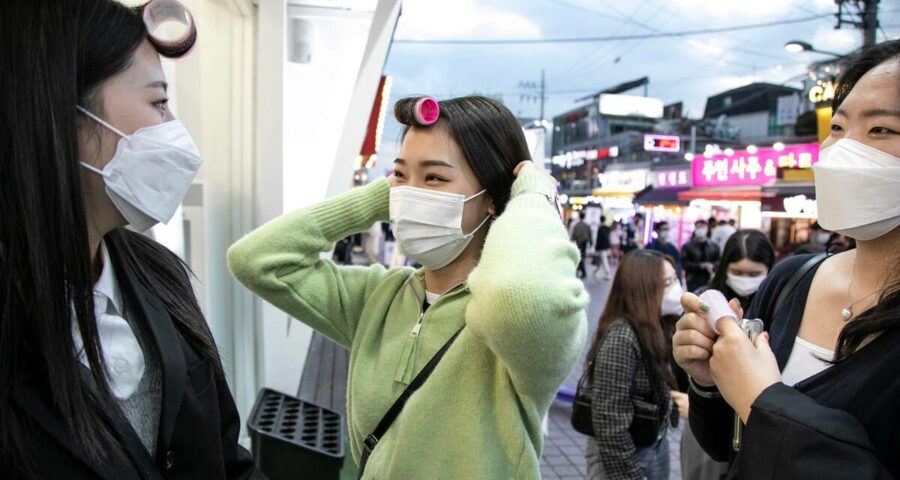 Hair rollers in South Korea are typically worn in bangs. Costing as little as 80 cents apiece, they are accessible and affordable for most women. Korean celebrities often post pictures on social media sporting curlers. Older women are both intrigued and mystified by the phenomenon. 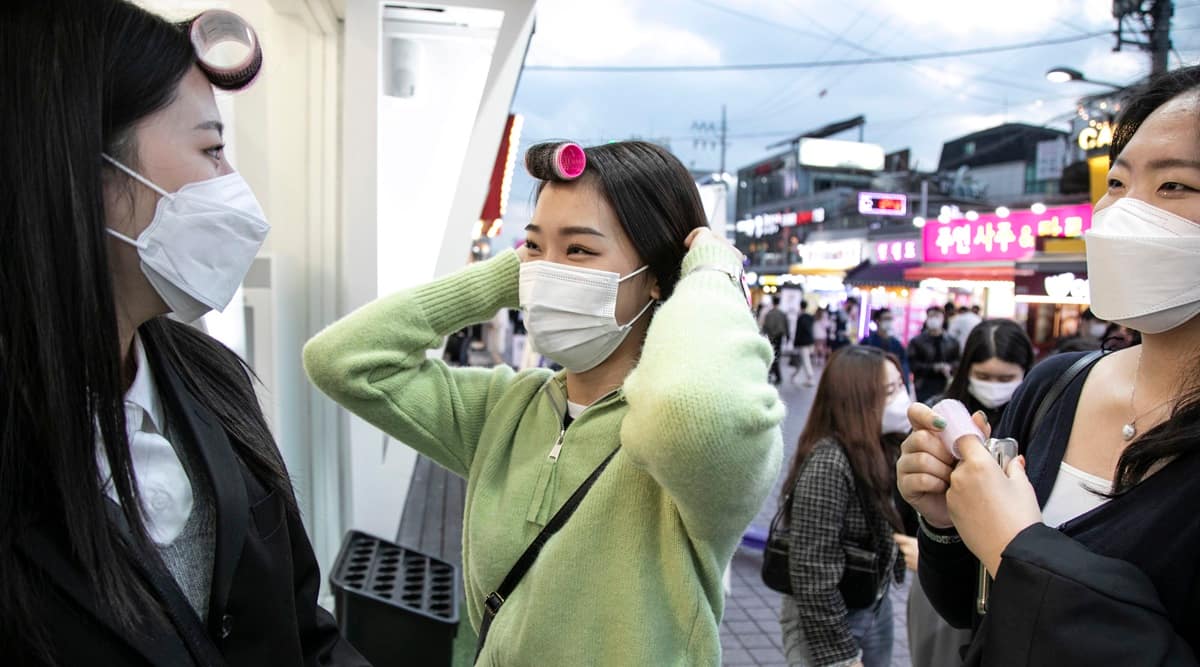 In a subway car on a recent fall afternoon, seven young South Korean women stood quietly among a crowd of commuters. They wore seasonal jackets and windbreakers just like other passengers, but one accessory made them stand out: old-fashioned hair curlers locked tightly into their bangs.

These plastic cylinders, usually Velcro-covered, can be seen nearly everywhere around Seoul — in cafes and restaurants, on public transportation, on the street.

And while they may seem like a vestige of a previous era, the young women who wear them say they are not only functional but also a sign of shifting ideas about gender and beauty and a reflection of the country’s generational divide.

Jung Yoon-won, a 23-year-old college student in Seoul who uses curlers daily, said she wore them outside her home to maintain the perfect curl in her bangs before going to an event or meeting. She said her mother had asked her to stop, fearing that others would find it inappropriate. 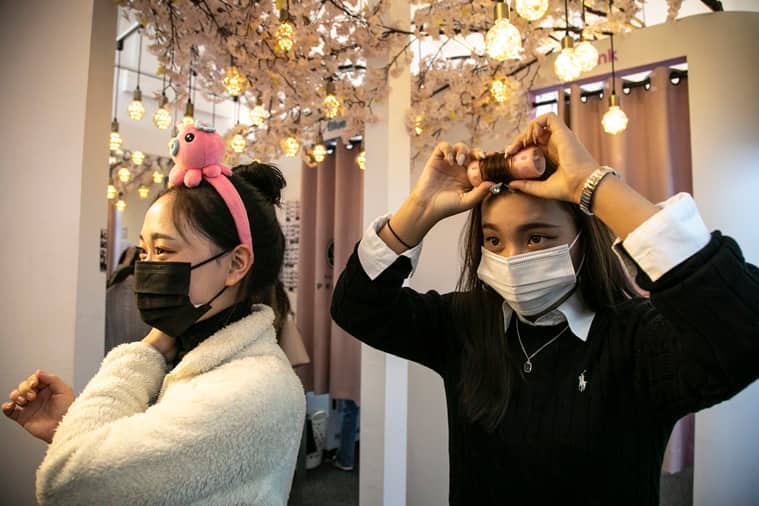 But for Jung, appearance matters more at the destination than on the way there.

“You only have to look good in front of the people you care about,” she said.

That independent attitude is shared by many younger people who don’t feel beholden to the conventions that were once strictly observed in South Korean society. Young people today say they are less concerned about what other people think and are choosing instead to live more carefree.

Unlike previous generations of women who felt it was necessary to get ready in private, hidden from the sight of men, she and others care much less if their grooming efforts are visible, Jung said. “That’s why it doesn’t matter if you have a curler in on the subway or cafe.”

Hair rollers in South Korea are typically worn in bangs. Costing as little as 80 cents apiece, they are accessible and affordable for most women. Korean celebrities often post pictures on social media sporting curlers. Older women are both intrigued and mystified by the phenomenon.

Lee Jeong-jin, 51, has a 21-year-old daughter who frequently wears curlers outside the house, much to her mother’s disappointment. Lee, who lives near Seoul, said it’s not unusual for young people to have a “so what” attitude.

She can relate. Using hair spray to create tall, voluminous hairstyles was the trend in South Korea when she was in her teens, she said.

“I’m pretty sure the older generation thought we were the weird ones back then,” she said.

Yet Kim Ji-in, 54, sees the hair curlers as part of a broader shift among young women who feel they should be allowed to behave as they choose in public, without having to follow expectations about beauty and gender.

“I’ve seen one woman in her 20s sitting on the subway floor with her makeup sprawled out in front of her,” she said. In her time, it was unthinkable for a woman to go outside with rollers in her hair, she added.

Resistance to South Korea’s often-rigid beauty standards and restrictive views about gender is not new. After #MeToo allegations swept the country a few years ago, some women responded with “Escape the Corset,” a movement in which they abandoned makeup and wore bowl cuts to protest oppressive beliefs about physical attractiveness.

Still, the country has one of the world’s leading beauty industries, accounting for almost 3% of the global beauty market in 2019, according to the International Trade Administration, a U.S. government agency.

The South Korean cosmetics industry has flourished despite the pandemic. Amorepacific, one of the nation’s largest beauty conglomerates, reported an 8.5% year-over-year increase in sales in the first quarter of 2021. Exports in beauty products also rose by 16% from the previous year, according to the Korea Trade Association.

But increasingly, young people say they prefer to come as they are.

Kim Dong-wan, a 25-year-old researcher in Seoul, said he was confused when he first saw women wearing hair curlers in public about six years ago. Now he says that he’s “indifferent” and that women nowadays are less likely to be pressured to hide such things and are also demanding more respect.

“Times have changed so much,” he said.