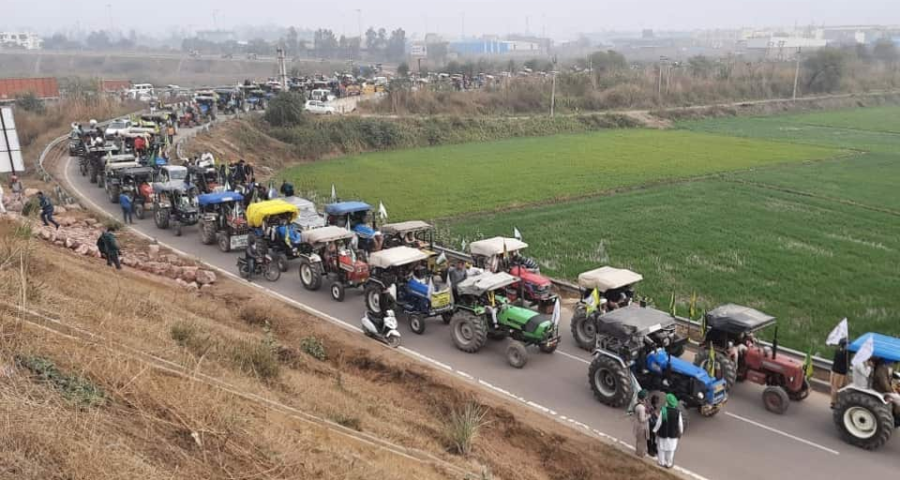 Farmers protesting against the Centre’s three laws have organised a tractor march on Thursday, converging on the eastern and western peripheral expressways that form a ring around Delhi, as the protest enters its 43rd day. The march comes a day before the government and the farmers’ unions are slated to hold their next round of talks. Women in rural Haryana have been receiving training on driving tractors for today’s tractor march, reported news agency PTI.

Union minister Piyush Goyal said on Wednesday that he sees the ongoing dialogue between farmers and the Centre as an opportunity to explain how beneficial the reforms can be for the former. However, the farmers unions camping at three sites near Delhi have insisted on a total repeal of the new farm laws, while the government has said it is ready to discuss changes to the existing laws. Thursday’s tractor march is being touted by the protesters as a ‘trailer’ of a much bigger march that is being planned for Republic Day.

A group of protesting farmers started off for Delhi from Haryana after holding a tractor rally in Palwal. “We will head towards Singhu border from here”, said Shiv Kumar Kakka, national president, Rashtriya Kisan Mazdoor Mahasangh, to news agency ANI. Farmers from all over the country are set to hold tractor rallies in the national Capital ahead of the next round of talks with the Centre.

As the farmers’ protest enters the 43rd day a tractor march to the capital is scheduled to take place. Traffic is likely to be disrupted on the outskirts of Delhi. This comes a day before the union government and the farmers union are scheduled to hold their next round of talks.