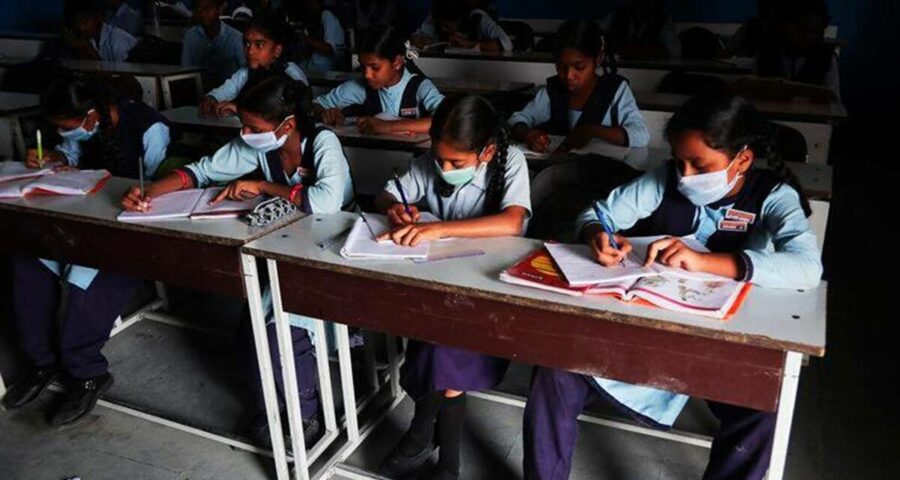 In the last few years, the pass percentage of students in class 9 at Delhi’s government schools has hovered between 50 per cent to 60 per cent, and a large percentage of students who are not able to pass at this level are dropping out of school. On the last day of an education conference held by the Delhi government, this was recognised as one of its greatest challenges.

At the conclusion of the seven-day international education conference deliberating on contemporary challenges in schooling, the Delhi government narrowed down on the gaps that it will have to deal with “in mission mode”.

While the Delhi government has been celebrating improvements in pass percentages in classes 10 and 12 in CBSE board examinations, class 9 results have been a persistent issue. Up till this grade, students are passed automatically to the next grade due to the no-detention policy.

Education Minister Manish Sisodia the statistics on dropouts should be responded to with urgency. “These students must be traced. We need to apply a two-fold strategy. They need to be brought back and made to benefit from skilling and vocational training. Secondly, we can also look at the kind of work they might have engaged in and learned during the time they were not in the system, and can look at bringing in skilling in that direction.”

Education Minister Manish Sisodia said the situation needs a two-fold strategy. One, students who have dropped out need to be traced and made to benefit from vocational training. Second, the kind of work they may have engaged in while they were out of the school system could be identified and skilling could be undertaken in that direction.

Of the students who could not pass class IX that year, only 10 per cent went on to join open schooling through the National Institute of Open Schooling (NIOS); 38 per cent passed class 9 the next year, while 12 per cent failed again.

Like past analyses of government school results have shown, in class 9 too, mathematics is a weak point — 19 per cent failed only in maths, and 14.7 per cent failed in science and maths. A discussion that emerged was the possibility of looking at a basic maths-style exam — as introduced by the CBSE for class 10 board exam — in class 9 to enable more students to continue in the system. “About 80 per cent of our students do not opt for maths in class 11 and 12, and now they have the option of writing a basic maths exam in class 10. This is something we can think about,” said deputy director education (exam branch) Mukta Soni.

Apart from resolving to build on foundational literacy and numeracy, another focus of the Delhi government is on increasing parental engagement with School Management Committees (SMCs). A report presented at the conference highlighted that 63 per cent of parents are not aware of SMCs, which are supposed to be representative bodies of parents, teachers, a social worker and an MLA representative.

“I think what we need to do is increase the number of parents engaging with SMCs, beyond the 10-odd members who are part of them, maybe through other committees. SMCs were to be a bridge between the functioning of schools and parents, but now there seems to be a gap between parents and SMCs,” said Sisodia.