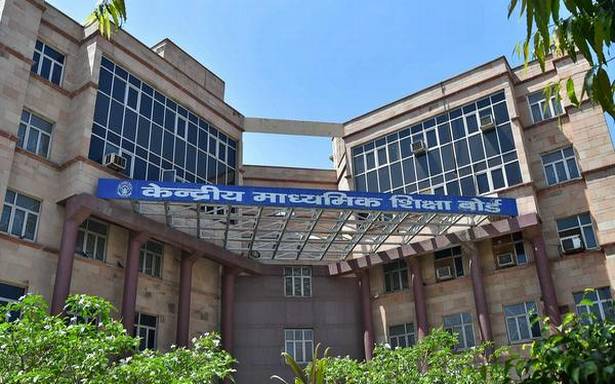 Central and State Ministers will hold an online consultation on Sunday to decide the fate of lakhs of Class 12 students, in the face of rising demands for cancellation of board examinations and entrance tests due to the second wave of the COVID-19 infection.

The Central Board of Secondary Education (CBSE) is expected to propose that Class 12 board examinations be conducted for major subjects only, according to a senior official. “We have suggested that one possible solution could be that the exams are conducted similar to last year, when only major subjects were held after the COVID-19 shutdown,” said the CBSE official.

In March 2020, the first wave of the pandemic caused an interruption of the examination schedule around the halfway point. After several months of postponement, the CBSE conducted exams for about 20 major subjects, scrapping the rest.

“We are also considering the possibility of shorter exams. All options are on the table for discussion by all stakeholders,” said the CBSE official, speaking to The Hindu just before the meeting started. “We will take a final decision after today’s consultation.” Each examination paper could be reduced to 90 minutes instead of three hours, with only objective-type and short-answer questions. Students may also be permitted to choose their own schools as examination centres.

Apart from the 14 lakh CBSE students registered to appear for Class 12 examinations, many more are registered under the various State boards of education, as well as the Council for the Indian School Certificate Examinations.

Sunday’s meeting, beginning at 11.30 a.m., will be chaired by Defence Minister Rajnath Singh and attended by Education Minister Ramesh Pokhriyal Nishank. Two other Cabinet Ministers who have previously held the Education portfolio, Information and Broadcasting Minister Prakash Javadekar and Women and Child Development Minister Smriti Irani, will also participate. From the States and Union Territories, Education Ministers, Secretaries and chairs of examination boards will take part.

Apart from Class 12 examinations, a decision will also be taken on the professional entrance examinations, such as JEE and NEET, which have also been suspended due to the pandemic.