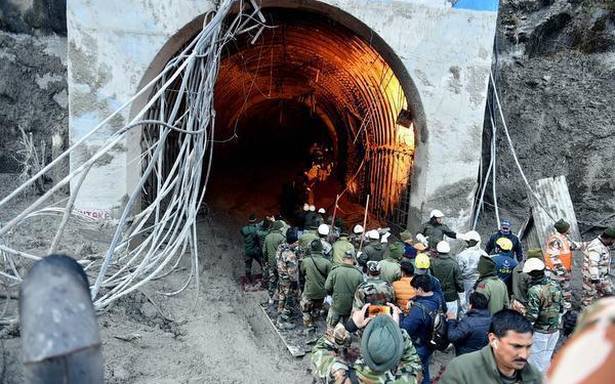 On February 7, flash floods in the Alaknanda river system claimed several lives and swept away two major hydropower projects in Uttarakhand’s Chamoli district. While the cause of the floods is yet to be ascertained, the disaster has highlighted the danger of the numerous hydropower projects that dot the fragile Himalayan State.

Uttarakhand diverted over 50,000 hectares of forest land to various development and defence projects in the past 30 years – the fourth highest among all States. Furthermore, Chamoli district recorded the second-highest forest area diversion among all of Uttarakhand’s districts.

The map shows the total forest area diverted for development and defence projects between 1991 and 2021. In this period, 58,684 hectares of forest area were diverted in Uttarakhand, the fourth highest among all States. The darker the colour, the higher the diversion of forest land in the period.

A significant chunk of forest land in Uttarakhand was diverted for defence projects. Land was also diverted for laying roads and transmission lines.

The chart shows the amount of forest area diverted for various developmental projects in Uttarakhand’s districts in the last 30 years.

Chamoli district, which bore the brunt of the floods, witnessed the second-highest diversion. The majority of land was diverted for transmission lines, road laying, and hydel project.