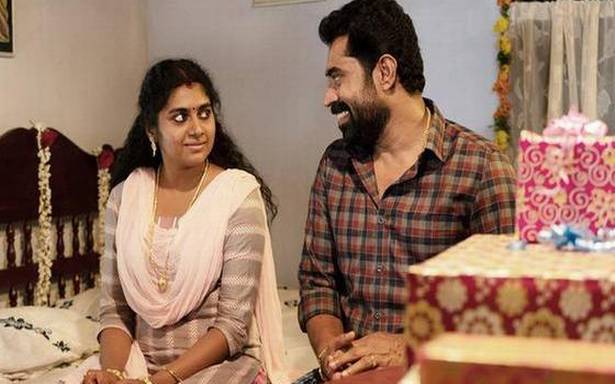 About a month after actor-politician Kamal Haasan’s party manifesto said Tamil Nadu should recognise housework as labour and pay homemakers, the Malayalam film, The Great Indian Kitchen, has hit our screens. Given the brisk debate the manifesto stirred, the film couldn’t have been timed better — by listing in excruciating, exquisite minutiae everything a woman does at home, it seems to prove the case for payment many times over. Yet, that is hardly its intention. Its canvas is much larger, more elemental. It is arguably the most starkly ‘feminist’ Indian film of recent times, making its point with deadly stillness and accuracy.

The extent to which director Jeo Baby has internalised and mapped the average woman’s unending list of tasks is remarkable. He films it with implacable veracity, establishing the repetitive drudgery of housework with a cinematic artistry that rivals the assembly line of Charlie Chaplin’s Modern Times. The film begins cheerfully, as the unnamed protagonist (played superbly by Nimisha Sajayan) embarks on married life. The countless dishes emerging from the kitchen are an orchestration of happy labour, the labour of love, set to the sounds of cutting, grinding, stirring, frying. Until slowly, the bride realises that she is trapped in an unacknowledged, unrewarding and unshared cycle of Sisyphean toil. The recurrent filming of the actions of cooking, serving, washing, wiping becomes a relentless, manic beat to which the woman must dance till she drops.

The paterfamilias of this family must be handed his toothbrush each morning. His son has inherited the same privileges. There is no violence — both men reinforce the patriarchy gently, confidently, invoking ‘family’ values. Harking back to Prime Minister Narendra Modi’s description of sanitation work as “an experience in spirituality,” the daughter-in-law is told that household work is more valuable than a bureaucrat’s. But, as with sanitation work, the privileged don’t actually do it. And its value remains uncalculated and unpaid.

From the kitchen, the film strides into the bedroom, bathroom, manure pit and temple, establishing how the politics of each are closely interlinked and, in turn, linked to the ideas of purity and pollution, the sacred and profane. When the kitchen counter is replaced by the marital bed, the hierarchies of labour are replaced by the hierarchies of desire — the female body must accommodate desire but can’t express it.

Thence, to the hierarchy of purity. From the filthy dining table after the men eat to their dirty laundry, rooms and plates, everything is cleaned by the woman. But, as with the Dalit body mandated to clean people’s waste, the cleaning female body is the one labelled ‘impure’ when it bleeds. So impure that it pollutes simply by being of an age when it menstruates. So impure that its touch pollutes temple, tulsi plant, the men preparing for the pilgrimage to Sabarimala. This is the politics of exclusion, the pivot upon which society revolves, which is being extended today in newer, more horrific ways.

The film’s clogged kitchen sink serves as a metaphor for the privileged, Brahminical, patriarchal male, who is cleaned, liberated, and nourished by other’s toiling hands but claims an innate purity and actualisation. It’s the woman who struggles with the clogged sink, and it’s the man who says mockingly, “You seem obsessed with waste”. At the end, the woman realises exactly what she must do with waste — throw it back to where it came from. It’s an action of controlled violence, anger and contempt, calculated to shatter the myths of purity, virility and male honour that continue to be used to defend many kinds of dehumanisation.

As in the film, we are still far from any universal solution. Mostly because hegemony is seldom ceded away. Of course, diverse movements, like the one for Sabarimala temple entry or the Una march, try to chip away at its foundations, but equally, as the film hints, it’s the small, individual insurrections that might provide the tipping point.