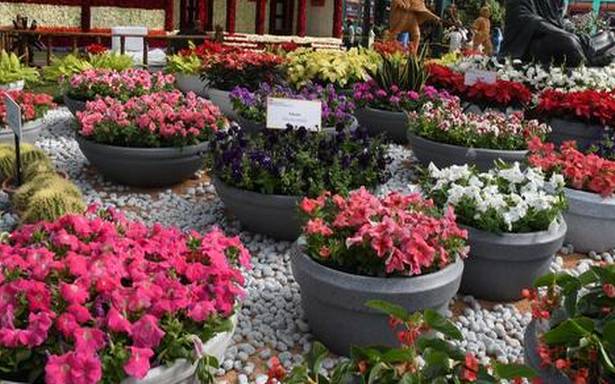 It not only documents the history of the green space, but also talks about the park and the city

Bengaluru’s Lalbagh, a repository of the green heritage of the Deccan, has long been in wait of a comprehensive documentation. Though the over 250-year-old garden has found mention in scores of treatises on botany and tomes of the city’s history, no one has captured the green space in all its roles.

Botanist Vijay R Thiruvady seeks to redress that with his book Lalbagh: From Sultan’s Garden to Public Park. Published by the Bangalore Environment Trust (BET), the book records the amazing array of plants, trees and horticultural practices.

Research for the book took nearly four years, with Thiruvady and the BET gathering material from a number of archives, libraries and botanical institutions around the world.

“Lalbagh has been the most important conservatory of herbal heritage in the Deccan Plateau,” says Thiruvady on the eve of the release of his book. “Its history is scattered in documents, archives, correspondence and Government records, which can be gleaned by sifting through the profiles of botanists who worked here and through the initiatives launched by the Mysore Horticultural Society.”

Thiruvady has been conducting Lalbagh Heritage Walks since 2005. “I have taken nearly 3,500 visitors through the history of Lalbagh, including journalist Thomas Friedman and ceramicist Kate Malone. There was a need to bring all the information about the garden in a single volume. The BET conceived of the project some five years ago and assigned the task to me.”

Arun Pai, the founder of Bangalore Walks, has written the preface to the 180-page book.

The history of Lalbagh is inextricably entwined with that of Bengaluru. “The Kempegowda Tower is the earliest signpost of Bengaluru’s history and was erected by the city’s founder, Kempegowda, atop a three-billion year old rock. Kempegowda created a garden around the tower and named it, Kempu-thota.”

Hyder Ali, the ruler of Mysore, developed it as a royal retreat along the lines of Mughal gardens. “His son, Tipu Sultan, developed the garden as a pre-colonial botanic laboratory. He got seeds and saplings of exotic trees from Africa, Europe, the Middle East, Turkey and Iran. The British horticulturists, who were superintendents of the garden, were trained at the Royal Kew Gardens in London and the Royal Botanic Gardens at Edinburgh. It was officially named Lalbagh in 1856. The flower shows were started the following year and the bandstand came up in 1867.”

The book has around 130 illustrations. Sourced from archives and libraries at the Kew and Royal Botanic Garden at Edinburgh, some of them will be seen for the first time. “Cheluviah Raju’s illustrations of indigenous plants are juxtaposed with those by an unknown Maratta artist employed by conservationist Cleghorn. A catalogue of 173 plant species then existing in Lalbagh has been sourced from Edinburgh. Excerpts from several letters exchanged between the directors of Lalbagh and Kew Garden have been reproduced.”

Eight pages have been devoted to the role of growth of coffee cultivation in the State. Lalbagh used to have a herbarium, which disappeared just like the Zenana House (women’s quarters) that existed during Hyder Ali’s tenure. The earliest experimentation of potato cultivation was carried out in Lalbagh and the garden became the center for propagation of Rickett’s potato (kidney potato) in Mysore State. Cinchona was planted in Lalbagh and its extract was used to battle malaria pandemic. The final chapter dwells on the future of Lalbagh and its role as an international botanic research station, a place where collections of illustrations are exhibited and as a centre for international conferences.

Lalbagh: From Sultan’s Garden to Public Park is available for ₹750 at leading bookstores

Fig tree (Ficus Benjamina): These trees were brought to Lalbagh from Java in 1861. The tree is 75 feet tall and is called a weeping tree because it droops.

India rubber tree (Ficus Elastic): This 170-year old tree has buttresses that extend over 30 feet in each direction.

Goni mara (Ficus Mysorensis): This tree has over 20 massive branches each with girth of over 30 inches, with the weight transmitted through a fluted and buttressed trunk onto the ground.

New Caledonian Pinet (Araucaria Cookie): It stands towering everything else in Lalbagh at a height of 150 feet. Planted in 1861, it lost its companion tree a few years ago as it had to brought down after termites had hollowed out its trunk.

Baobab tree (Adansonia Digitata): This Madagascar native was brought to Lalbagh from Calcutta in 1876.

Anguina (Bauhinia scandens): This snake like twisting climber has an extraordinary sculptural pattern.