In a world where the articulation of queer identities has become nuanced, Chitrakar’s figures and their treatment may seem too obvious 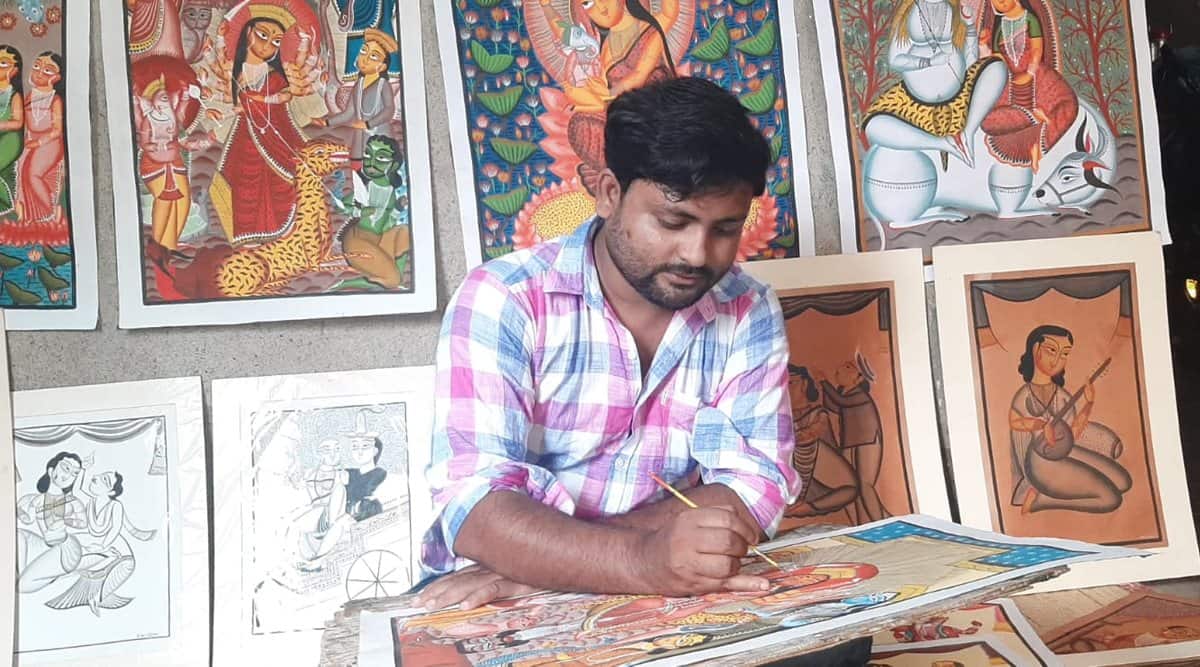 At first glance, Uttam Chitrakar’s paintings look like any other Kalighat pat. Figures dance or gaze into a mirror. Another is dressed up for a night at the opera, spectacles in hand. Lovers snuggle up with each other. A second look at the paintings reveal more. The opera fan and the nautch girl have beards. In a matrimonial scene, the bride is a transperson and happily in love with the groom.

“A man may see these paintings and think these figures are men. A woman may think these are women. But the figures in the paintings — who do they think they are?” says Midnapore-based Chitrakar, 30, over a phone call.

The pat paintings were made in collaboration with Kolkata-based visual artist and photographer Swarup Dutta, who is the co-founder of The India Story, an arts exposition. The paintings are part of an upcoming show featuring folk and contemporary art — presented by art and craft establishment, Baro Market — at Method Art Space in Mumbai’s Kala Ghoda. The show begins on July 30 and will run till August 8.

Chitrakar is the youngest of seven children, born to a Hindu father, who made religious sculptures, and a Muslim mother, whose family made pat paintings. A self-taught artist, Chitrakar’s interest in painting began after school hours. He got married at 17 and found that he was suddenly a breadwinner for his family. Looking for a way to earn a living, he sold his works at Hosto Shilpo Mela in Kolkata, a handicraft fair run by the state of West Bengal. Soon, he came in touch with Dutta, who has commissioned him for personal and commercial projects since 2008.

Dutta’s photography practice has involved looking at natural bodies, away from the highly-sexualised manner in which we have become prone to perceiving them. This fits in with the conversations he had with Chitrakar regarding gender and sexuality. One of the things they discussed was what it would be like to “have the body of a male but feel like a woman”. Dutta says, “Uttam had an interesting interpretation. He made a painting of a man looking into a mirror and seeing the reflection of a woman.”

In a world where the articulation of queer identities has become nuanced, Chitrakar’s figures and their treatment may seem too obvious. However, the artist is asking viewers to consider what the layered experiences of queerness might be, such as in another painting where the figure holds up a mirror, only to see their perfect reflection thrown back at them. 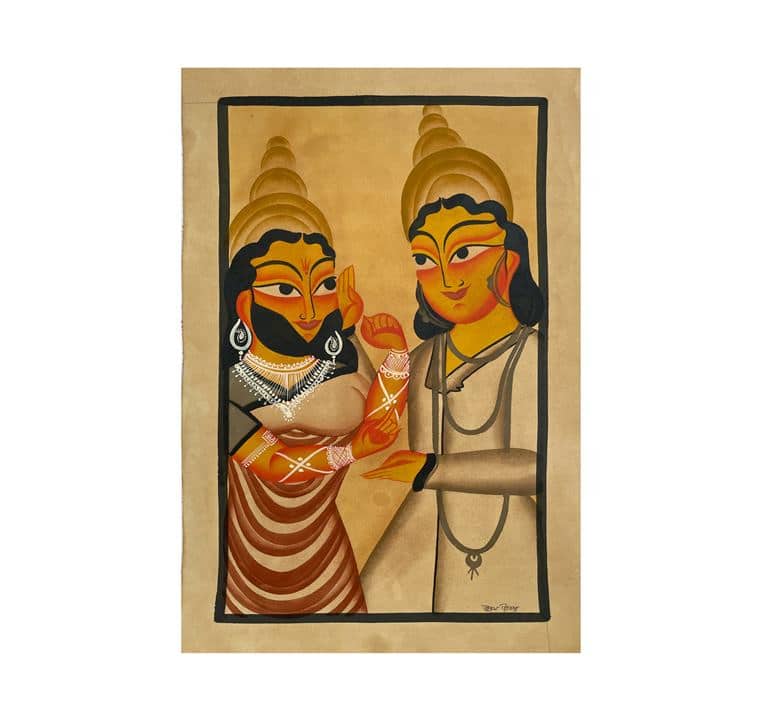 In recent decades, several interventions, right from sustainable methods to contemporary themes, have entered India’s rich craft traditions. Dutta believes that Kalighat pat is an art that has always kept up with the times. Pat art is a relatively young tradition that evolved among migrant scroll painters in the early 18th century around the Kalighat temple in Kolkata. The scroll painters switched from painting in a narrative style to single pictures. While they often depicted religious figures and themes, they eventually also brought in secular themes, serving as a visual socio-cultural commentary of the times. The Bengali Babu, often English educated, and his Bibi have been recurring tropes. Between them, domestic mayhem is as common as matrimonial bliss. “These were interesting because they were like salacious tabloids. So you came out of the temple and saw the scandals of the city being sold there,” says Dutta, whose previous collaboration with Chitrakar has been on Kolkata’s contemporary street culture.

Baro Market, like many other establishments across the country, has showcased contemporary craft practices, and Chitrakar’s works are among them. Srila Chatterjee, owner of Baro Market, is presenting his works for the first time. “His work is particularly impressive because this is a subject almost no one is comfortable working with,” Chatterjee says. The paintings are on view and on sale at Baro’s website and the upcoming show. “We have to be sensitive about the context of the craft. Kalighat pat will always be a contemporary practice because, even traditionally, it was a comment on what was going on in society,” says Dutta. In its new avatar in Chitrakar’s hands, gone is the scandal and here is a sensitive inclusion. The heteronormative “Babu-Bibi” has been replaced by “Babu-Babu” or “Bibi-Bibi”. “It’s good to see more people in love and being together in our country these days,” says Chitrakar.