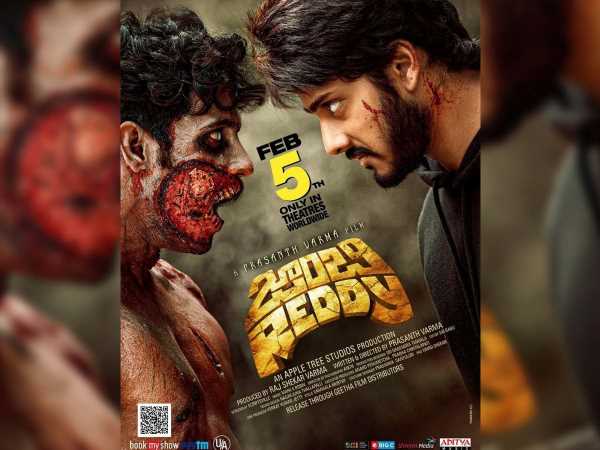 Zombie Reddy is one of the upcoming much hyped movie, which is helmed by Prashanth Varma of Awe and Kalki fame. The film Zombie Reddy has Teja Sajja in the lead role and it also has Anandhi and Daksha Nagarkar as the leading ladies.

We have already reported the the makers of Zombie Reddy have wrapped up the entire shoot and he movie has also completed the censor formalities. Zombie Reddy received U/A certificate from the censor board and it will hit the theaters on 5th February Worldwide in a very grand manner. The movie Zombie Reddy  has  done the decent pre release business.

According to the latest update, the Hindi rights were sold for 2 Cr  whereas the Telugu satellite rights are grabbed by Star Maa for  Rs 2.5 Cr and.  OTT rights are yet to be sold out. The sources say that Zombie Reddy is getting good deals for OTT rights too.

Teja Sajja starrer Zombie Reddy is set up in the Kurnool and   the movie is all about how  the people of Kurnool save world by stopping the pandemic.  It is based on the backdrop of Coronavirus, and  the recently released trailer of the film received decent response.