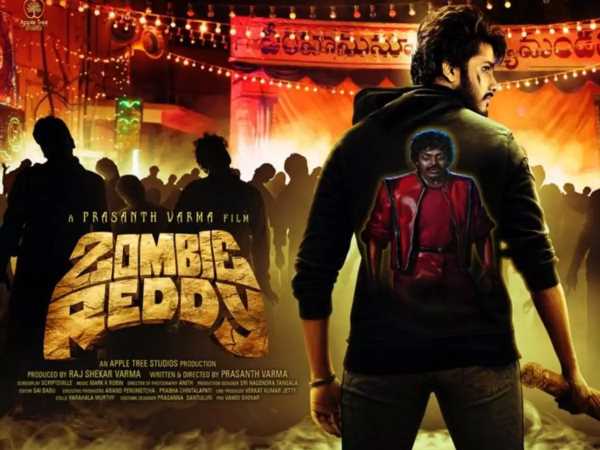 Zombie Reddy Box Office collections: Zombie Reddy is a supernatural drama in which Teja Sajja is playing the lead role. The movie Zombie Reddy  helmed by Prasanth Varma of Awe and Kalki fame, is doing fantastic collections at the box office.  The horror drama was released on 5th  February and  it garnered huge attention of the audience for it unconventional theme and inclusion of actor Teja Sajja  in the lead role. According to the latest update from the film’s PR team reveals that  the movie Zombie Reddy has earned  a total worldwide gross of Rs 10 Cr in 5 days.

Notably,  Prasanth Varma’ directorial venture marks Teja Sajja’ debut as a lead actor. Interestingly, Zombie Reddy, which revolves around COVID-19 pandemic is touted to be  Telugu film Industry’ first zombie film. We have already reported that  on its opening day the movie was leaked on torrent sites and it is currently available for the free download.

The film Zombie Reddy has music scored by Mark K Robin and cinematography is handled by Anith.