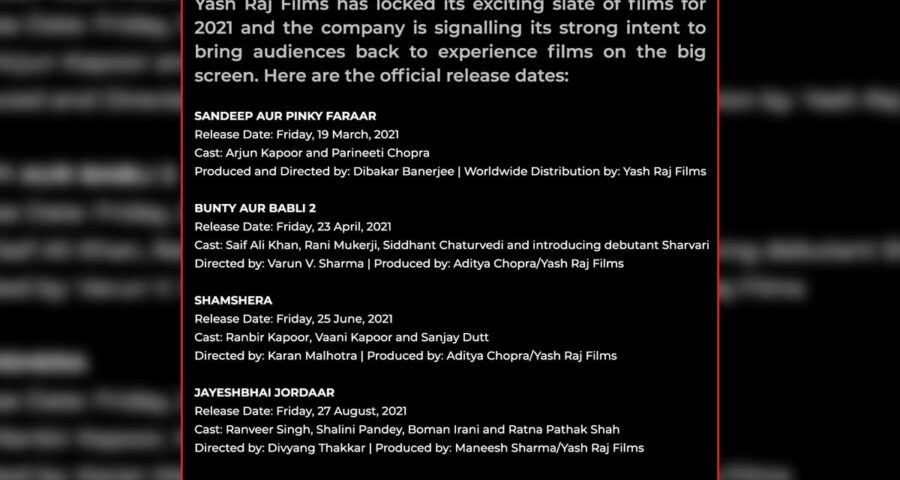 Yash Raj Films is one of the top production houses in Bollywood. It is been busy with the various film productions. With the center permitting 100 percent occupancy in the theaters, Bollywood is rushing back to get to normalcy. Yash Raj Films has now announced the release dates of its five projects.

Arjun Kapoor and Parineeti Chopra are playing the lead roles in the movie Sandeep Pinky Farrar. The film is releasing on 19th March 2021.

Ranveer Singh, Shalini Pandey, and Boman Irani are playing the lead roles in the movie Jayeshbhai Jordar. The film has locked its release for 27th August 2021.