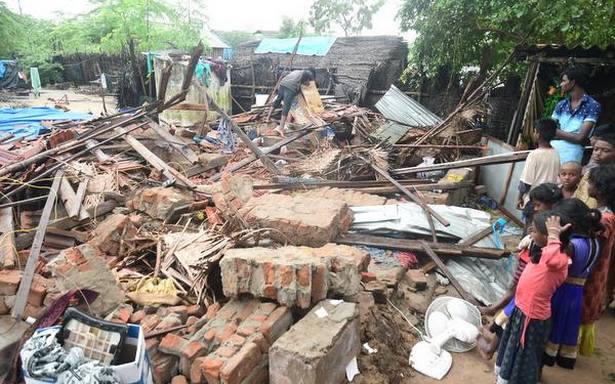 Shanmugaraj (25), son of Ravi of MGR Nagar near here, was killed on the spot when the roof of his house collapsed in the wee hours of Monday. His wife Sangeetha (21), who is four month pregnant, and her brother Murthy escaped with multiple injuries.

Police investigations suggested that the roof of the dwellings, which was covered with tin sheets, suddenly collapsed at around 5 a.m., Due to the continued wet spell, the foundation had probably lost its strength and fallen. The neighbours ran to safety.

A doctor at the Government Hospital said that Sangeetha was safe and stable. She had said that only by around 3 a.m., her husband and brother, who are drum beaters, returned home.

The fire and rescue service personnel were deployed.