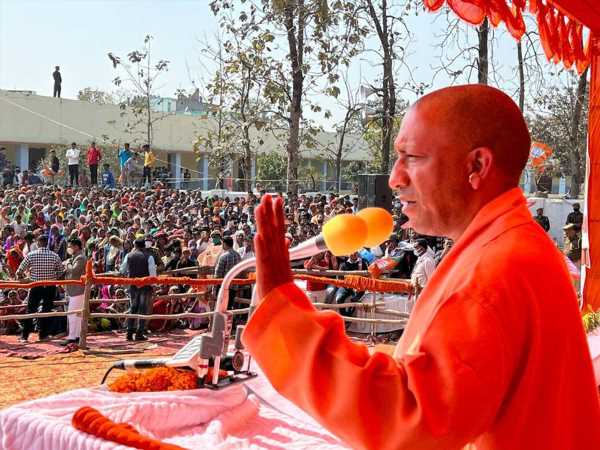 ‘… to come back to power because it was not doing well.’

Uttar Pradesh Chief Minister Yogi Adityanath told an election rally recently that if they did not vote the Bharatiya Janata Party back to power, UP would become like Kerala, Bengal or Kashmir.

Though it is common knowledge that there is no comparison between Kerala, the most socially advanced state in India, and UP, one of the least developed states in the country, Kerala Chief Minister Pinarayi Vijayan responded to Yogi’s statement, by a series of tweets highlighting various indices about where Kerala stands as far as development is concerned.

“The per capita income of Kerala is around Rs 184,000 while it is Rs 56,446 in UP, one of the poorest states in India,” Professor K V Joseph, a well known economist and a director at the Thiruvananthapuram-based International Institute of Migration and Development, tells Rediff.com‘s Shobha Warrier.

As an economist, how do you react to the UP chief minister’s comments that if he was not elected back to power, UP would become another Kerala or Bengal?

I feel it was an unfounded statement. We have substantial evidence to show that Kerala is much ahead of any other state in India in terms of per capita income, in terms of eradication of poverty, in terms of human development index, etc.

It is well known that migrant workers come to Kerala from UP looking for better opportunities.
Do you feel the UP chief minister’s comments were more political than realistic?

There is no doubt about it. It was more of a political statement made during the elections.

He wanted to make some noise in his state to come back to power because it was not doing well.

I guess there is a hidden agenda also behind the statement.

In Kerala, Muslims are given equal status and they have taken advantage of it while in UP, they are treated as second class citizens.

He wanted to tell his voters that unlike in Kerala, in his state, minorities will not enjoy any such status. He just wants to communally divide the society.

All the development indices show Kerala at the top, and UP at the bottom. From an economist’s point of view, how do you compare these two states?

Per capita income is one of the indices that show how advanced a state economy is.

If you look at that, you will see that Kerala has a per capita income is three and a half times more than UP.

That shows the economy of UP is not in a good shape.

In Kerala, a farm worker gets a daily income of Rs 600-Rs 700 while in UP, it is almost half. It is because of the high wages that workers from UP come to Kerala.

In the human development index, Kerala is again at the top and on par with the most advanced countries in the world.

On the other 0 hand, the position of UP is very low.

Life expectancy in Kerala is 75.3 as per the Sample Registration System (SRS) data, and it is 65.8 in UP.

Industrially, Kerala is not an advanced state. It is called a consumer state…

Yes, Kerala is not an industrially advanced state; it is a high mass consumption state.

That’s because of the general prosperity, and it has made Kerala a consumer state.

And the main source of consumerism comes from remittances.

You will also see that there is one vehicle for every three in Kerala which is the highest in the country.

Similarly, consumer durables are sold in lavish scale in Kerala.

If you look at the consumption of gold, 11% of the sales of gold takes place in Kerala while not a single ounce of gold is mined here.

You must also remember that the population of Kerala is only 2.76% of the total population in India.

So, in a consumer state like Kerala, what kind of employment are the migrant workers getting?

Construction is one of the major activities that attract labour from other parts of the country as wages in Kerala is very high compared to the rest of the country.

Though trade is a productive service in the normal sense, trade is a consumer service in Kerala as trade serves the distribution of products to the consumers here. So, a lot of transport workers are employed here.

It is well known that there is a terrible shortage of labour in the construction sector here in Kerala.

And the shortage is filled by imports of labour from other states like UP, Bihar, Odisha, etc.

It is estimated that there are more than 15 lakh (1.5 million) workers from other states on the rolls in the construction sector in Kerala.

When there is more demand than supply, the wages will naturally go up. So, the wages are the highest in Kerala.

How sustainable is an economy that is totally dependent on remittances?

That’s why the Kerala economy is very vulnerable; it is not a very strong and sustainable economy.

Out of the $85 billion remittance to India, 19% comes to Kerala which is equal to Rs 112,000 crores at the prevailing exchange rates.

I am discounting the illegal transactions that are taking place.

The remittances would be about 20% of the state’s GDP, and it is this amount that is creating conditions of affluence and prosperity in the state.

And 60% of the remittance comes from the Middle East, 20% from the USA and the rest from the other developed countries like the UK, Canada, Australia and Europe.

In terms of remittances, Kerala tops the country followed by Maharashtra and Tamil Nadu and Andhra while it is the lowest in UP, around 3% of its GDP only.

But it is very essential to have more productive activities in an economy.

In Kerala, the performance of the industrial sector is declining.

Another sector where the activities are falling is the agriculture sector.

So, what the state has to do is to have more productive activities.

As the old type of industries with coir, textiles and also iron and steel will not work here, the state has to concentrate on sectors like IT.

Another sector which the state can work on in a big way is tourism.

Of course, tourism is gaining ground, and more than the migrant workers, it is the locals who are more involved in it. 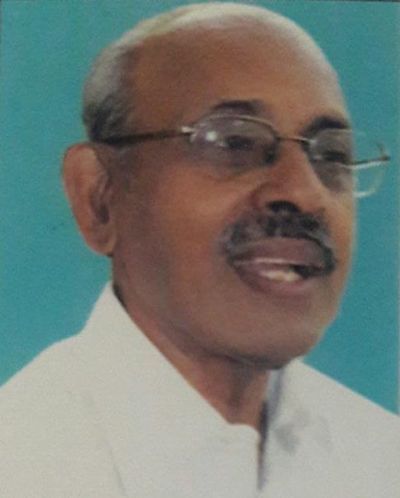 How satisfied and happy are these migrant workers working in Kerala?

Because of foreign remittances, there is money in liquid cash in the hands of the people of Kerala.

But there are not enough hands to offer them various services.

That is where the migrant workers fill the gap.

These workers might be quite happy as they get better wages compared to what they would get in their home state.

All of them are able to send a large part of their wages to their families.

Of course, they do hard and difficult labour.

One good thing is, they are called guest workers in the state.

The state government is trying to see that their children are given education though majority of the workers are single having left their family back in their home state.

The state also sees to it that they get proper healthcare and ration.

That’s why Kerala is a major attraction for the migrant workers.