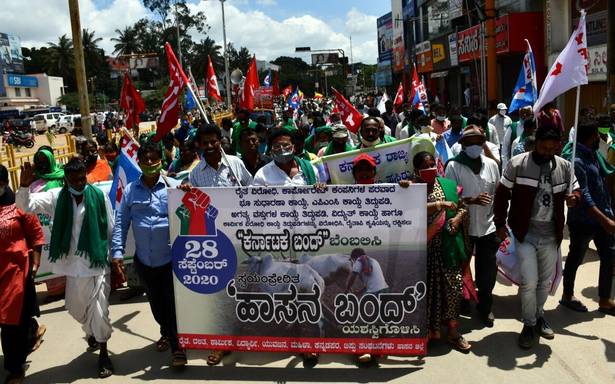 After Prime Minister Narendra Modi’s announcement on repealing three contentious farm laws, many writers, activists and academicians asked the Karnataka Government to withdraw the newly-amended Land Reforms Act and the APMC Act for the benefit of farmers.

In a joint statement, they said: “Prime Minister Modi’s announcement of withdrawal of the three draconian farm laws, was clearly a historic victory for the farmers. However, this does not mean that Mr. Modi genuinely regrets the enactment of these unjust laws, as the announcement comes just before elections in five States… The fact that farmers will not withdraw their protest until the laws are formally repealed by Parliament is an indication of how little they trust Mr. Modi’s words.”

They also demanded a statutory order ensuring Minimum Support Price for farm produce, and withdrawal of amendments to the Electricity Act.