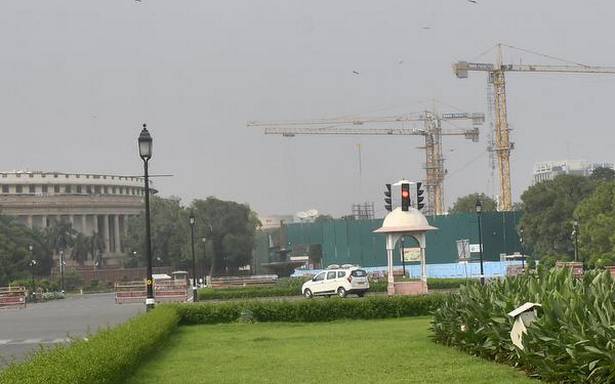 However, plan to construct secretariat buildings has run into delays at tendering stage

The construction of the new Parliament building and redevelopment of Central Vista Avenue could be completed ahead of schedule, while the project to construct the first three of the 10 proposed secretariat buildings has run into delays at the tendering stage, according to Central Public Works Department (CPWD) officials.

The new Parliament, which is supposed to be completed by November 2022, should be ready in time for the Winter Session next year, according to an official. The Central Vista Avenue too would be ready ahead of its deadline in time for the Republic Day parade in 2022, the official said. The official added that though there had been some delays due to the COVID-19 pandemic, the backlog had been made up with additional shifts of workers being deployed. Another CPWD official said the projects were likely to be completed before the deadlines.

The revamp of the Central Vista, which stretches from Rashtrapati Bhavan till India Gate, is expected to be in full swing in 2023, when India is set to host the G-20 summit for world leaders. The last elements of the larger plan, including construction of a new convention centre and refurbishment of North and South Block to be used as the National Museum, are scheduled to be completed in 2026.

While the first two projects — the Parliament building and Central Vista Avenue revamp — are progressing, the CPWD has postponed the last date for bids and opening of bids for the first three Common Central Secretariat (CCS) buildings six times. The bids were to be opened on Friday, but on Thursday the CPWD cited “administrative reasons” to push the deadline to September 17.

The CPWD official said there was some “mischievous” element leading to the delays. The CPWD has modified the tender multiple times due to issues raised by potential bidders. The ₹3,463-crore project includes construction and five-year maintenance contract for three CCS buildings to be made on the site of the Indira Gandhi National Centre for the Arts, which has been shifted to a temporary location at the erstwhile Janpath Hotel.

The Central Vista project includes the construction of a new residence for the Vice-President, for which the CPWD has invited bids, and a new residence and office for the Prime Minister, which are yet to be finalised.