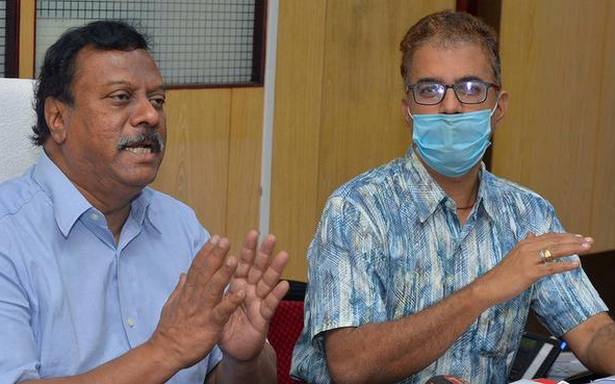 Work on key components of the National Digital Health Mission, a Central project to set up an integrated database of health providers and users, is under way in the Union Territory.

S. Mohan Kumar, Director of Health, and J. Ramesh, nodal officer for the project, told a press conference that the Health Department in Puducherry has completed enrolment of doctors in the government sector and was now in the process of collating data in the private sector for the DigiDoctor component of the NDHM.

Simultaneously, a campaign is under way to encourage citizens to generate their unique health ids electronically. The Centre has set a target of getting an estimated 6.50 lakh citizens to register their health id.

“We are expecting to meet the target set by the Centre by the end of this month,” Dr. Mohan Kumar said. “We are also in the process of encouraging public participation in the creation of health ids, which is an important layer of the ecosystem.”

Puducherry, which is one of the six Union Territories where the mission implemented by the National Health Authority has been rolled out on pilot basis, is hoping to create a model health ecosystem that can be replicated throughout the country, officials said.

The key building blocks of the ecosystem are DigiDoctor, HealthID, Health Facility Registry, Personal Health Records, e-Pharmacy and Telemedicine. All components would form an integrated and citizen-centric health ecosystem with the objective of enabling access to timely, safe and affordable healthcare. According to officials, health id creation is a simple measure where users can either enrol through Aadhaar number of just via OTP on their mobile number. The health id can be set up by following the link www.healthid.ndhm.gov.in

The id can be downloaded and stored on the mobile for future use. All the patient details, including case history, would be integrated with the id, ensuring seamless treatment irrespective of hospital location, anywhere in the country. This would also facilitate remote consultation with experts via Telemedicine. Up to 10 family members can be enrolled using one mobile number.

Health teams would be reaching out to banks, industries and other workplaces, colleges and schools to boost public participation in creation of health id. Officials also sought to allay concerns over risk to patient data confidentiality as the system was set up in such a way that user input was necessary at various stages of access.