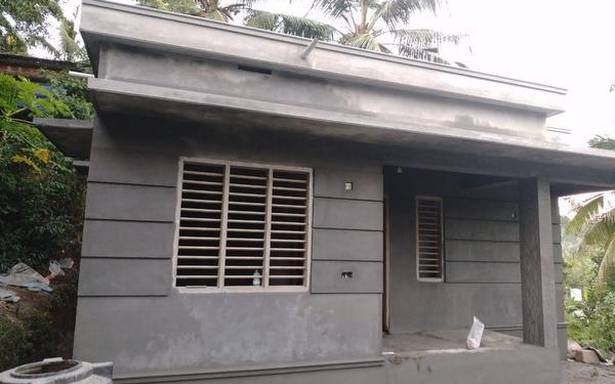 WINGS Kerala leading efforts, with contributions made by common people

P. Viji, the State president of Asanghatitha Meghala Thozhilali Union (AMTU), has received many awards in honour of her work to uphold the dignity of women. However, WINGS (Women Integration and Growth Through Sports) Kerala, a fellow fighter in the field, noticed that she did not have a house or space to keep all the mementos she received from the various receptions that were accorded to her. And that was when the organisation decided to gift Ms. Viji a house.

“There is no better reward for the woman who was at the forefront to uphold our rights to have toilets and also the right to sit at our workplaces,” said Deepa P.M., former secretary of WINGS Kerala.

In 2018, the BBC had selected Ms. Viji as one of the 100 women to bring about substantial change in the world.

Building a house was, however, no mean task for the organisation. A civic committee was formed with Preman Tharavattath as convenor and Sudha Haridwar as treasurer.

Soon, help started pouring in from various quarters. Contributions from common people, ranging from ₹1,000 to ₹10,000 and sometimes even more, were used to purchase three cents of land near Palazhi at a total cost of about ₹10 lakh two years ago. Ms. Viji then applied for the Kozhikode Corporation’s funding under PMAY-LIFE project, which added to the amount collected through crowdfunding.

The house, being built at an approximate cost of ₹10 lakh, is in the final stages of construction and will be handed over to Ms. Viji on October 27 by WINGS Kerala president N. Vinaya in the presence of secretary Prasanna Parvathi and well-wishers from all over the State, including Father Augustine Vattoli and poet V.M. Girija who played major roles in realising the project.

“This is a reward from us out of pure love and respect for the politics that Ms. Viji represents. We hope this will give her the freedom to continue raising her voice before anyone, without having to think about the consequences,” said Ms. Deepa.