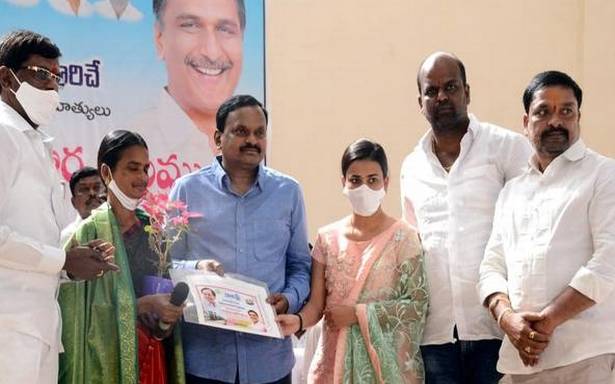 Setting an example, a poor woman has returned the double bedroom house allotted to her. This incident took place on Friday.

One Rachha Lakshmi is a poor woman and had applied for the allotment of double bedroom house and was alloted one after due scrutiny of her eligibility by the officials. Lakshmi lost her husband Krishna Murthy few years ago. She has only one daughter and is currently living with her brother Nagesh. After performing the marriage of her daughter she would be alone. Considering that scenario and thinking about it, she felt she would not be able live alone in the allotted double bedroom house. Hence she decided to return the allotted house to the government.

“I and my daughter are staying here and once I perform marriage of my daughter I will be alone and would not be able to live in the double bedroom house. I do not need it. Please allot it to any other beneficiary,” she told the Minister and officials.