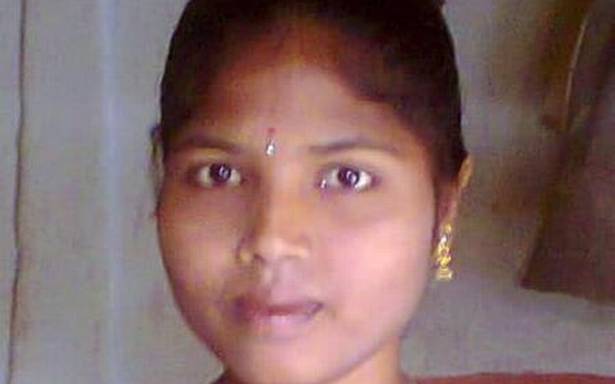 Upset at not getting due share of money from the proceeds of the land surrendered to the government for the construction of Mallannasagar, a woman allegedly committed suicide and served pesticide to her two children. The incident took place at Tukkapur in Toguta mandal two days ago and she died in the hospital in the wee hours of Tuesday. Police force was mobilised in the village to prevent any untoward incident.

According to sources, N. Anitha (26) had a dispute with her father-in-law Komuraiah over not receiving their due share of money from the compensation for the land sold to the government for construction of Mallannasagar. Worried over this, Anitha consumed pesticide and served the same to her son Mokshit. Her another son Akshit did not consume it. They were immediately shifted to the government hospital at Siddipet. Later, Anitha was shifted to a private hospital in Hyderabad where she breathed her last. Toguta police registered a case and are investigating.

“My daughter Anitha had repeatedly asked Komuraiah and other members of the family for her due share, but they rejected. Instead, the amount received by selling their lands was used to buy land elsewhere, which was registered in the names of Komuraiah and his second son Devaraj. My son-in-law Kishtaiah is a timid person who could not demand his share from his father. She attempted suicide unable to bear the torture by her in-laws. Please take action against those responsible for her suicide,” L. Komuraiah, father of Anitha, said in the complaint filed with the police.

Knowing about the suicide of Anitha and irate people from Choudaram village in Chinnakodur mandal arrived at Tukkapur. Relatives of Anitha reportedly demanded that the land and house sites must be registered in the name her children and only then they will relent . Situation was still tense in the village by the time last reports came in.