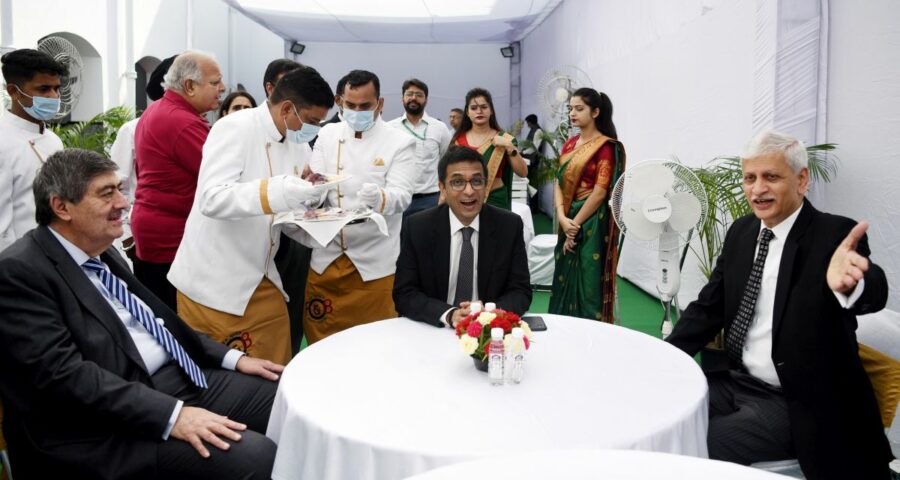 ‘The government must also be kept in check and not allowed to cross the Lakshman Rekha.’ Who will judge the judges?

This question refuses to die ever since the Supreme Court of India struck down the Narendra Modi government’s National Judicial Appointment Commission Bill in 2015.

The bill, passed in 2014 in both Houses of Parliament and endorsed by 16 state legislatures, vested the power of judges’ appointment to the Supreme Court and the high court in the NJAC, which would have as members the Chief Justice of India and two senior-most judges, the law and justice minister, and two eminent persons to be selected by a panel comprising the prime minister, CJI and the leader of the Opposition.

However, a Constitution bench of the Supreme Court in 2015 struck down the bill as unconstitutional — thus implicitly upholding the current collegium system wherein the CJI and four senior-most Supreme Court judges decide on judicial appointments — setting off a long-running tussle with the executive over judges’ appointments and transfer.

Twice in recent days, Union Law Minister Kiren Rijiju has stated that the Supreme Court’s decision on the NJAC went against the collective will of the nation. Half the time judges were busy deciding appointments, which was not their primary job and affected the delivery of justice, Rijiju alleged.

Did Rijiju mean that judges should be chosen by the will of people — in other words politicians?

“Is the idea of a committed judiciary once again being floated, though surreptitiously, unlike in the past when it was direct?”, retired Supreme Court judge Madan Lokur tells Syed Firdaus Ashraf/Rediff.com in an e-mail interview.

Law Minister Rijiju has once again stoked a controversy over the appointment of judges, saying that it falls in the Executive’s domain. Is it true?

If he is suggesting ‘exclusively in the Executive’s domain’, then he is wrong.

Appointments are made on the basis of the recommendation of the collegium in the Supreme Court.

It is the President of India who signs the warrant of appointment on the recommendation of the collegium.

Therefore, both the Judiciary and the Executive are involved in the process.

If the intention is to keep the Supreme Court out of the process, we are in trouble because if recommendations are made only by the Executive, we will have a committed judiciary, not an independent judiciary.

Is the ground being laid for having a committed judiciary? We need to beware.

Minister Rijiju said that nowhere else in the world do judges appoint judges. Again, true?

As explained, judges do not appoint judges. They only make recommendations and the President makes the appointment through a warrant.

If the judiciary is kept totally out of the picture, then you will have only a committed judiciary.

Do we want a committed judiciary or do we want an independent and impartial judiciary?

Yes. But the Executive always respected the opinion of the Chief Justice of India and the chief justice of every high court in the matter of appointment of judges.

There may have been some stray instances in 50 years, but the system generally worked smoothly, thanks to the respect given to the Chief Justices.

So how did the collegium system come into being? Rijiju says till 1993 the law ministry in consultation with the CJI, made judicial appointments. How did that change into the present system?

In how many cases was the opinion of the Chief Justice of India overruled or disregarded by the law ministry till 1993?

The process of disrespecting the view of the Chief Justice started when the theory of having a committed judiciary was floated.

The Supreme Court realised the calamity that would befall the country if it had a committed judiciary and not an independent judiciary. That’s when the idea of a collegium took root.

I ask: Is the idea of a committed judiciary once again being floated, though surreptitiously, unlike in the past when it was direct?

Still, the government of the day has the power to reject names proposed by the collegium, isn’t it?

The very fact that names recommended by the Supreme Court are being rejected, without assigning any reason, or keeping the recommendations pending indefinitely, is a clear enough indication that the theory of a committed judiciary is being implemented, slowly but surely.

The appointment of Justice Dipankar Datta to the Supreme Court is a case in point. Watch out!

The judges are also subject to intense scrutiny by government agencies before their appointment, is it not? So in a sense the government does have a say in the appointment of judges?

Of course, it does. But having a say is different from having control. It seems that the government is looking for total control.

Why does the government fear the collegium system, why does it want a more direct say in the appointment of judges?

The government wants a more direct say because it apparently wants total control over the appointment process and then the judiciary, the last bastion of hope for the citizen.

The government appointing judges brings with it its own drawbacks, won’t it? Like no government will want a judge, especially in the Supreme Court, who has in the past given adverse rulings against it? Or, governments may seek judges who are in tune with its ideology, thereby thwarting judicial impartiality, isn’t it?

You are absolutely correct. By the way, independence of the judiciary is an essential feature of the basic structure of the Constitution.

The government had brought in the National Judicial Appointments Commission to oversee the judges appointment, but this was struck down by the Supreme Court. Is the NJAC good or bad?

Good. The NJAC was a polite way of controlling the appointment of judges and then subverting the independence of the judiciary. This is what the Supreme Court Advocates on Record Association thought and so did their highly respected and eminent lawyers.

So, there is consultation. Why should the government disagree with the collegium which has no axe to grind?

Why doesn’t the government simply amend Article 124 to get around the problem?

Ask the government. Please don’t give them ideas.

Two steps: Have a committed judiciary and then have total control. I hope I’m wrong.

The government’s final argument is that the collegium system goes against the ‘will of the people’, meaning that a democratically elected government should decide on judges’s appointment. What is the drawback in this?

Let me add. The collegium system is not perfect. It requires some changes and greater transparency. This is possible without compromising the process of recommending the appointment of judges.

The government must also be kept in check and not allowed to cross the Lakshman Rekha.

Is Rijiju’s outburst timed for Justice Chandrachud becoming the CJI? Why this collision course between the Executive and Judiciary taking place now?