Congress spokesperson Gourav Vallabh said her statement has shown what happens when people who are not deserving of Padma awards are given these honours. 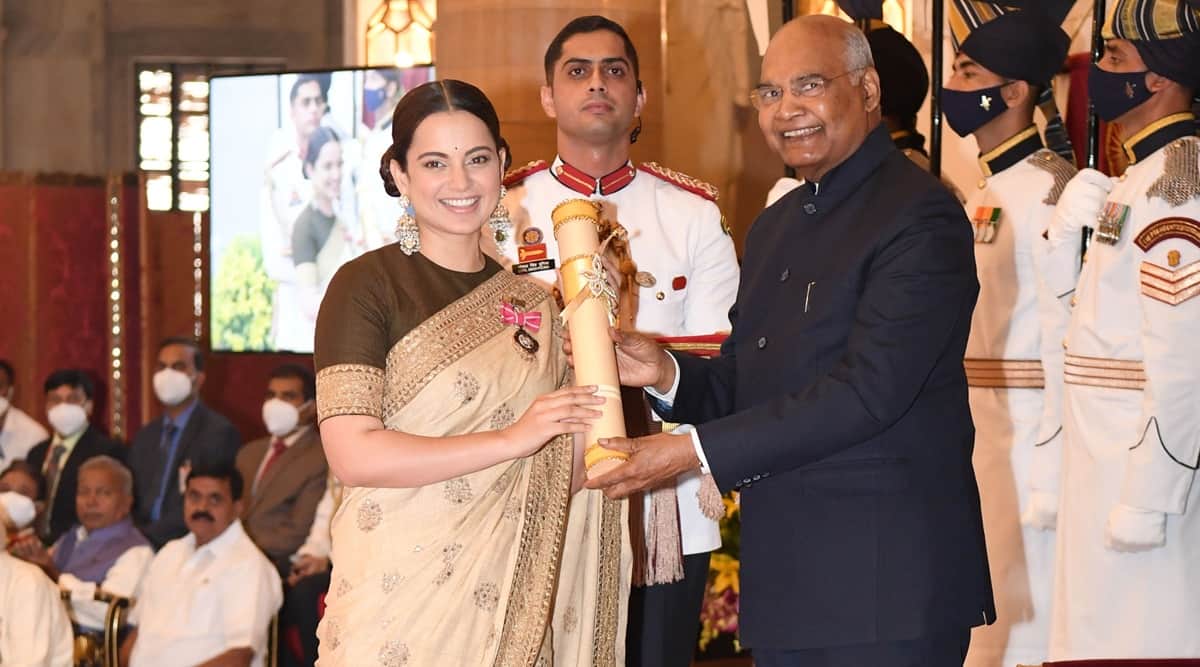 Hitting out at actor Kangana Ranaut for describing India’s Independence in 1947 as “bheek” or alms, Congress leaders on Friday demanded that the government should take back the Padma Shri given to her recently.

Kangana, while addressing an event on Thursday, had said that India’s Independence in 1947 was not freedom but “bheek” (alms). “And we got real freedom in 2014,” she added.

Reacting to Kangana’s remarks, Congress spokesperson Gourav Vallabh said her statement has shown what happens when people who are not deserving of Padma awards are given these honours. “I demand that Kangana Ranaut should make a public apology to all Indians because of her statement, our freedom movement and our freedom fighters’ sacrifice were insulted,” Vallabh said.

Congress spokesperson Supriya Shrinate also slammed Kangana and said her remarks were “berating and an insult” to the sacrifice made by the citizens, including freedom fighters such as Mahatma Gandhi, Jawaharlal Nehru, Sardar Vallabhbhai Patel, Maulana Abul Kalam Azad, Bhagat Singh, Chandra Shekhar Azad and Netaji Subhas Chandra Bose. “People like them laid down their lives for the freedom of this country and here is someone who just walks in and says we got this in alms, what sort of a statement is this? They (the BJP people) are fake pseudo nationalists,” she said.

Former Union Minister Anand Sharma, too, asked the President to withdraw her Padma Shri award. “The Padma Award given to Ms. Ranaut should be withdrawn immediately. Before giving such awards, mental psychological evaluation should be done so that in future such persons do not disrespect the nation and its heroes,” the senior Congress leader said on Twitter, while tagging President Ram Nath Kovind.

The comments come a day after the actor’s comments were denounced by BJP MP Varun Gandhi. “Insulting the sacrifice of Mahatma Gandhi sometimes, praising his killer (Nathuram Godse) sometimes, and now the disdain for the sacrifices of Mangal Pandey, Rani Laxmibai, Bhagat Singh, Chandrashekhar Azad, Netaji Subhash Chandra Bose and lakhs of freedom fighters. Should I call this thinking madness or treason?” Varun Gandhi had tweeted.

How the other parties reacted

Maharashtra Minister Nawab Malik, too, stepped into the controversy and suggested that the actor had made the comments under the influence of drugs. “Looks like Kangana Ranaut took a heavy dose of Malana Cream (a variety of hashish) before making such a statement,” the minister remarked. “We strongly condemn actress Kangana Ranaut’s statement. She insulted freedom fighters. The Centre must take back the Padma Shri from Kangana Ranaut and arrest her,” said the Nationalist Congress Party (NCP) leader.

Priyanka Chaturvedi from the Shiv Sena said: “All the blood, sweat and balidan of our freedom fighters including Jhansi ki Rani dismissed to please the master.”

Arvind Kejriwal’s Aam Aadmi Party (AAP) has asked the Mumbai Police to register a case against the actor. AAP leader Preeti Sharma Menon says what she said is “seditious and inflammatory”.