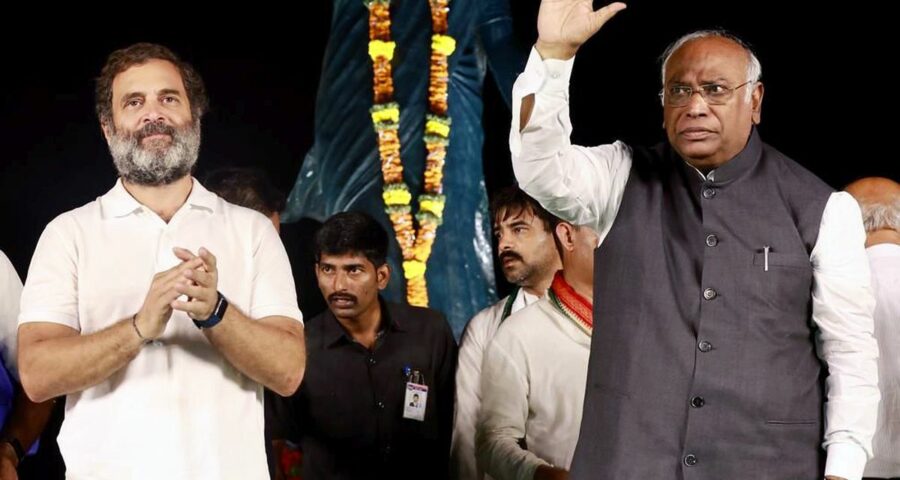 The Congress can take solace from the fact that BJP’s seat tally has been going down in each assembly election in Gujarat since 2002.

The Congress, once a dominant political force in Gujarat, has lost the six previous assembly elections in a row to the Bharatiya Janata Party since 1995 and hopes to regain past glory.

With only two states — Rajasthan and Chhattisgarh — in its kitty, the Congress is desperate for a victory in Gujarat in the next month’s assembly elections.

Gujarat along with Himachal Pradesh will also be the first major test for the new Congress chief Mallikarjun Kharge, the first non-Gandhi leader in 24 years to occupy the party’s top post.

Here is a SWOT(Strengths, Weaknesses, Opportunities, Threats) analysis of the Congress in the home state of Prime Minister Narendra Modi and Home Minister Amit Shah.

– Expected support from Congress’ traditional voter base — the OBCs like Thakor and Koli communities, Scheduled Castes, Scheduled Tribes and Muslims.

– Despite losing to the BJP six times in a row, the party has steadily maintained around 40 per cent vote share.

– Can give the BJP a tough fight if it focuses on the KHAM (Kshatriya, Harijan, Adivasi and Muslim) votes and also manages to get the support of the disgruntled Patel community.

– The KHAM combination of castes and communities was devised as a winning formula by former Gujarat chief minister Madhavsinh Solanki and has worked for the Congress in the past.

– Dearth of strong leaders at the state level.

– Factionalism and infighting in the state unit.

– There are 66 urban and semi-urban seats which the Congress has not been able to win in the last 30 years in Gujarat.

– With the central leadership of the party preoccupied with Rahul Gandhi’s Bharat Jodo Yatra, the state unit is virtually left to fend for itself.

– Over the last 10 years many Congress leaders have deserted the party and joined the BJP. They include Patidar leader Hardik Patel and 16 Congress MLAs (between 2017 and 2022).

-The Congress can take solace from the fact that BJP’s seat tally has been going down in each assembly election in Gujarat since 2002.

– Aggressive campaigning by the Aam Aadmi Party in Gujarat as Congress leaders feel Arvind Kejriwal’s party will damage the urban vote bank of the BJP more than the rural vote bank of the Congress.

– The ‘Modi factor’ that can give the BJP an edge again over rival parties.

– Vigorous attempts by the AAP and the All India Majlis-e-Ittehadul Muslimeen(AIMIM) to eat into the support base of the Congress.

– Likelihood of more people leaving the Congress if it loses the elections.