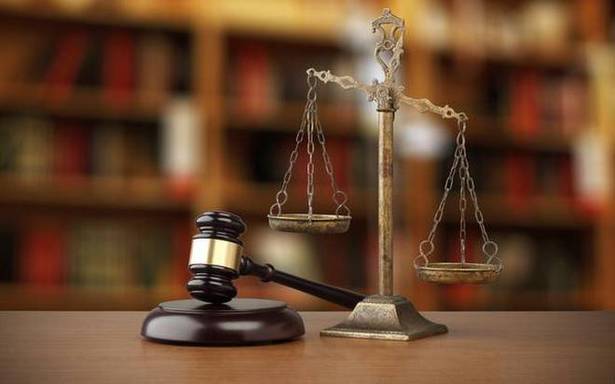 In the current context, the feasibility of the All India Judicial Service requires to be studied

The Union government appears to be steadfast in its resolve to implement reforms in recruitment and appointment to the subordinate judicial services. In 2019, it spearheaded a consultative process for the creation of the All India Judicial Service (AIJS). Initially, only four States and two High Courts supported the proposal. Eight States rejected it, five suggested changes, and 11 are yet to respond. Recently, the Centre took the ordinance route to effect changes in the appointment of members to various tribunals. In a single stroke, it abolished several tribunals. The manner of appointment of members to the remaining tribunals underwent a sea change. It is likely that the ordinance may not pass judicial scrutiny in light of the Supreme Court’s judgment in Rojer Mathew v. South Indian Bank (2019).

Article 233(1) of the Constitution lays down that “appointments of persons to be, and the posting and promotion of, district judges in any State shall be made by the Governor of the State in consultation with the High Court exercising jurisdiction in relation to such State”. The 42nd Constitutional amendment in 1976 amended Article 312 (1) empowering Parliament to make laws for the creation of one or more All-India Services, including an AIJS, common to the Union and the States. However, Clause 3 of Article 312 places a restriction that such a service shall not include a post inferior to that of a district judge. The amendment also brought about a significant change in the Seventh Schedule — Entry 3 of List II in its entirety was placed as Entry 11A in List III.

This paves the way for Parliament to enact laws with regard to ‘Administration of Justice; constitution and organisation of all courts, except the Supreme Court and the High Courts’. Post-Emergency, amendment to Article 312 (1) has escaped parliamentary scrutiny. A dichotomy exists with regard to Articles 233 and 312. What was essentially intended to be the prerogative of the State will now be the prerogative of the Union. If the fundamental power of the States to make such rules and govern the appointment of district judges is taken away, it may be against the principle of federalism and the basic structure doctrine.

The First Law Commission deliberated upon this, but it was only in 1972 that the issue gained momentum. The views of the Chief Justice of India and the Law Commission reports perhaps paved the way to bring in the 42nd constitutional amendment. It was only in 1986 that the Law Commission resurrected the issue and deliberated upon the objections. The primary fear was that promotional avenues of the subordinate judiciary would be severely curtailed. Fifty per cent of the posts of district judges are to be filled by promotion from the subordinate judicial service, thus leaving open the remaining for direct recruitment. Another fundamental concern was the language barrier.

The Union Law Minister has extolled AIJS to be an ideal solution for equal representation of the marginalised and deprived sections of society. Most States already have a reservation policy in force. Tamil Nadu provides for a roster-based reservation of 69%, of which 30% is for women. Uttar Pradesh merely provides 20% reservation for women and the AIJS may therefore benefit States like U.P. Arguments that the AIJS will reduce judicial delays do not hold water as the subordinate courts are the crucial point of delays owing to the existence of large vacancies.

In the early 1960s, the issue was debated during the Chief Justices Conference and was favoured by the eminent body, but many States and High Courts opposed it. The First National Judicial Pay Commission found that it would be in the interest and the health of the judiciary to form an AIJS. The report supported and reiterated the recommendations of the 14th Law Commission.

In the All-India Judges case in 1992 the apex court had opined that the recommendations of the Law Commission should be examined and implemented. The issue was again discussed in All India Judges Association Vs. Union of India (2002). The court accepted most recommendations of the Shetty Commission and directed the government to implement the judgment.

Any groundbreaking reform is bound to receive criticism. The National Commission constituted for review of the Constitution headed by luminaries including Justice H.R. Khanna, Justice B.P. Jeevan Reddy and K. Parasaran, the then Attorney General, had suggested a paradigm shift in the approach of the Union. The feasibility of the AIJS in the current context requires to be studied, especially when reliance is placed upon archaic reports of the Law Commission. It is for the Union to dispel doubts and at the same time give wings to the aspirations of all stakeholders when implementing the proposal. It, however, remains to be seen if the AIJS would be like the proverbial curate’s egg.

Rajnish Pathiyil is an Advocate and a Special Public Prosecutor for the Enforcement Directorate, practising at the Madras High Court