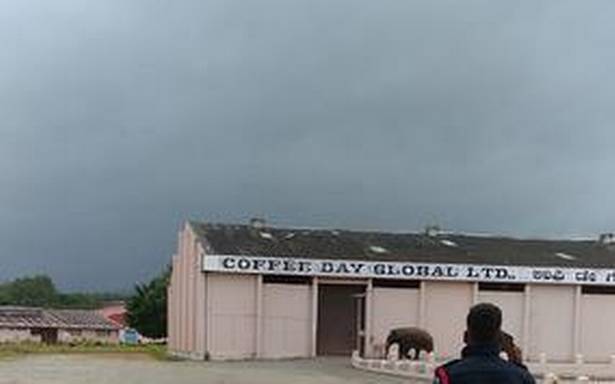 The pachyderm is believed to have separated from its herd

A wild tusker, separated from its herd, was spotted in Chikkamagaluru town in Karnataka on July 12 morning.

A farmer working in his field spotted the animal at Erehalli around 6.45 a.m. He ran to the village and informed the other villagers.

The animal moved towards the city via Undedasarahalli and Nallur Kere, crossing agriculture fields. It was spotted on Kadur-Mudigere Road near the ABC Global Unit office in Chikkamagaluru. The animal entered the premises of ABC Global Unit.

Local people informed the Forest Department. Officials rushed to the spot and succeeded in driving the pachyderm to Mattavara village by bursting crackers.

N.H. Jagannath, Deputy Conservator of Forests, told The Hindu, “Right now, the elephant is at a place of thick vegetation at Mattavara. We have gathered around 50 staff members and vehicles to drive the elephant back to the forest in Belur taluk, from where the animal must have come.”