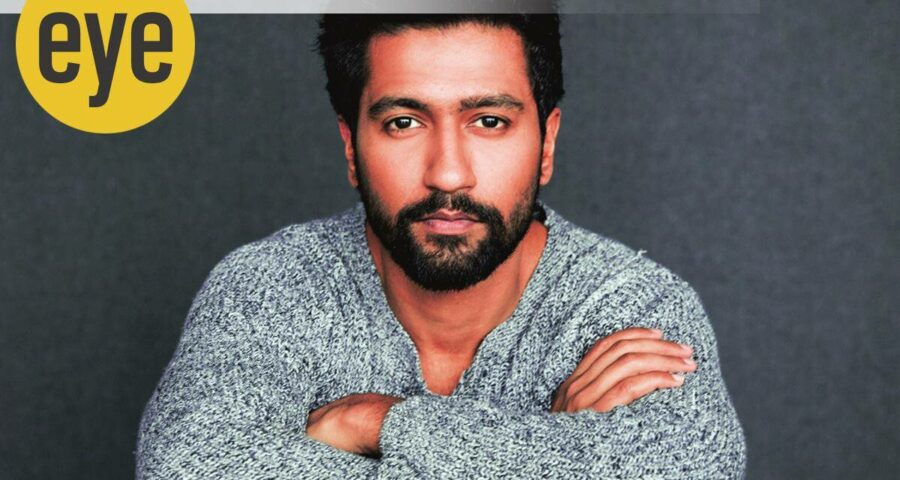 From a small-town boy in Masaan, to a mutineer in Sardar Udham, an Army major in Uri to Field Marshal in the upcoming Sam Bahadur — in just six years, Kaushal has displayed consistency in craft through a variety of roles WHILE shooting for Shoojit Sircar-directed feature Sardar Udham, actor Vicky Kaushal found himself amid a sea of bodies. This was expected. He had already gone over this unsettling sequence, which recreates the 1919 Jallianwala Bagh massacre, several times on paper. Yet, Kaushal, who essays the titular character of the revolutionary Sardar Udham Singh in the movie that released last month, was overcome with numbness. This pre-climactic sequence of a young Singh’s deep shock and desperate attempt to save lives turned out to be emotionally and physically draining. “It was like undergoing commando training,” says the actor. The scene marks Singh’s transition from a loved-up youngster to a brooding revolutionary, who carried the scar of this horrific incident for two decades.

Sircar, who often borrows his filmmaking methods from theatre, kept it organic and realistic. As the actor rushed to the aid of the injured, with a three-camera set-up focussing on him, he was asked to instinctively pick the injured persons he would attend to. “In the course of the shoot, it hit me that there were real cries for help and bloodshed when the firing left so many people dead and injured. That numbed me,” says Kaushal.

During the re-enactment of this tragedy, Kaushal had another challenge to deal with: The 33-year-old actor had to maintain the innocence and body language of a 19-year-old. The biopic of the 1899-born Singh, now streaming on Amazon Prime Video, tells the story of the revolutionary at different stages of his life. The movie shows him as a youngster in love, a young idealist rebel influenced by his friend Bhagat Singh, an activist who moves to London and tries to rebuild the HSRA (Hindustan Socialist Republican Association) movement, and an undertrial who won’t plead guilty after he shot Michael O’Dwyer, former lieutenant governor of the Punjab and a mastermind of the Jallianwala Bagh massacre.

Kaushal’s character-driven roles have cemented his reputation as a dependable leading actor in Hindi cinema. Many have commented that this is his best performance so far. For a while, it even diverted attention from his talked-about December wedding with actor Katrina Kaif.

“It’s a great feeling when the audience grasps the soul of the movie. What’s overwhelming is that the film has initiated a discussion about the sacrifices that have gone into creating a free world and equality,” says Kaushal, who sports the tattoo “Ram Mohammad Singh Azad” on his arm in the movie. That’s the name the revolutionary went by during the later years of his life as a signifier of unity and secularism.

The elder son of the prominent action-director Sham Kaushal, Kaushal is an industry kid. Yet, he is not. He was born in a 10×10 house in a Mumbai chawl, after his father, who had shifted from Punjab with a master’s degree in English, tried to make a living as a stuntman in the Hindi film industry. Even after Sham became a successful action director, Kaushal and his brother, actor Sunny, hardly visited the sets or mingled with people from the industry. Like most Indians, he was fascinated by movies and cricket. Engineering was a natural choice since he was good at mathematics, and for a brief while, he even dreamt of a job in the US.

But at 21, Kaushal’s dream changed. After he visited an MNC in the second year of his engineering course at Rajiv Gandhi Institute of Technology, Versova, he realised he wasn’t cut out for a nine-to-five job. As he wondered what would make him happy, he thought of all those times he was on the stage for school plays and skits. “With my curly hair and sanwla (dusky) complexion, I didn’t have the confidence that I could become an actor,” recalls Kaushal. Nonetheless, he decided to give it a shot. With that, Kaushal’s parents’ eagerness that he would be the first member of the family to have a stable job was replaced by their concern that it wouldn’t be an easy ride. Sham, who sat Kaushal down, recalls: “Just because I work in this industry, I didn’t want my son to assume that it would be a cakewalk. He had to learn the craft if he wanted to be an actor and, most importantly, be prepared for rejections.” Kaushal took his father’s advice. He worked with Manav Kaul’s Mumbai-based theatre group, Aranya, acted in the play, Laal Pencil, assisted Anurag Kashyap and made a blink-and-you-miss-it appearance in Gangs of Wasseypur (2012). He got more screen time in Luv Shuv Tey Chicken Khurana (2012) and Bombay Velvet (2015). However, it would be Masaan (2015) that would turn it around for Kaushal.

It has been six years since Kaushal earned the “fine actor” tag for his breakout performance as the guileless and grieving Deepak in Masaan. Since then, he has carved out an impressive filmography as he refuses to be boxed in. A year after he appeared in Kashyap’s Raman Raghav 2.0 (2016) as a volatile cop with a drug addiction, he has had five releases in 2018. He delivered a riveting performance as a sensitive Pakistani officer in Raazi that proved to be the perfect foil to Alia Bhatt’s lead spy act; in Sanju, he grabbed attention as the titular character’s loyal friend Kamli; and in the Karan Johar-directed segment of the anthology Lust Stories, he was convincing as the husband unaware of his newly-wed wife’s desires. Another talked-about performance that year was as the commitment-phobic DJ in Manmarziyaan.

Even as he showed amazing consistency, what bolstered Kaushal’s status as a crowd-puller and a star was the box-office success of Uri: The Surgical Strike (2019), which earned nearly Rs 350 crore at the box-office. His captivating performance as an Indian Army Major who leads a covert operation against militants, won him the National Film Award for Best Actor that same year.

However, it is through his powerful yet restrained performance in Sardar Udham — the late Irrfan Khan was Sircar’s original choice — that Kaushal has shown that he can completely immerse himself in a role. 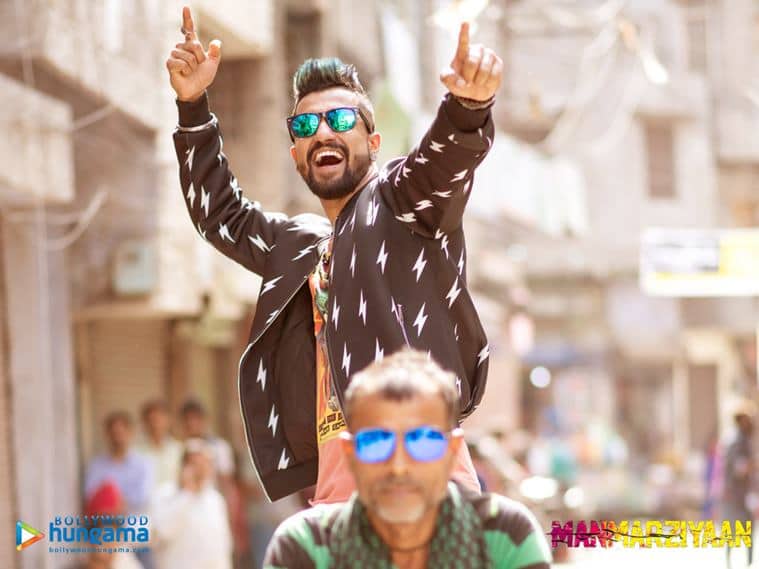 It was surreal for Kaushal when Sircar cast him as Udham Singh. In 2019, the actor had messaged Sircar, expressing his wish to be part of the director’s celluloid world. Within two weeks, they met and the conversation veered towards Singh.

“Coming from a Punjabi family, of course, I knew about him. My ancestral home in Hoshiarpur district is two hours away from Jallianwala Bagh,” says Kaushal, who saw this as an opportunity to tell the story that he had heard from his parents and grandparents. Sircar, however, went through his share of dilemmas before zeroing on Kaushal. “It wasn’t easy to make the transition from Irrfan to Vicky. As we contemplated who can play the role, Ronnie (Lahiri, co-producer of Sardar Udham) said, ‘Why not Vicky?’. We spent several days looking at Vicky’s images and revisiting Masaan. After a couple of meetings, I realised that Vicky is aware of that history,” says the director of Madras Cafe (2013), Piku (2015) and Gulabo Sitabo (2020).

Kaushal’s journey thus far has been propelled by his dedication to his craft and perseverance. “For Masaan, I spent three weeks in Benares, learning the local language and soaking in its world. I learnt Gujarati for Sanju. While doing Uri, my focus was on getting the body language and physique right. Sardar Udham was different. Shoojit da told me to work more on the character’s state of mind than his actions,” says Kaushal.

Some preparations, though, were external. Kaushal lost weight for filming the portions of 19-year-old Singh and gained 14 kg for the older character. To isolate his real self from the historical figure he was essaying, Kaushal never used the phone once he was in costume. The film left Kaushal, who recently sported a hoodie with Singh’s words “Tell people I was a revolutionary” imprinted on it, with some realisations. “Till I acted in this film, I thought the concept of freedom was confined to a country. They (revolutionaries) had an open mind to think of the entire world. The film talks about equality, free speech, and sharing,” says Kaushal, who adds that he still has to fully comprehend the “politics of left, right and centre”.

What helps Kaushal bring authenticity to his performances? “No matter what role he plays, there is a dedication and consistency in his craft,” says Meghna Gulzar. When she was casting for Raazi, the writer-director remembers that Kaushal came “with no baggage or set image”. She says, “It was important for me to get someone who would be completely malleable to fit the part of a Pakistani officer. Vicky’s part had fewer dialogues; he used his eyes and the power of silence to express himself.”

Gulzar is teaming up with Kaushal next for Sam Bahadur, a biopic of Field Marshal Sam Manekshaw. “It is such a difficult part to play and direct. We did a look test to see how close we were to depicting Sam Manekshaw. In the first test, we got the result that stumped us both. That makes it evident the kind of actor that he is and what he does with his eyes. He just becomes the part,” says the director of Talvar (2015) and Chhapaak (2020).

Notwithstanding the success and stardom, Gulzar finds Kaushal “rooted as a person”. “Vicky has seen tremendous success early in his career but has that changed his approach to his craft? Not yet. I have not seen it and I don’t think I will either. The kind of person he is makes him the kind of person he is,” she says. This is, probably, something that’s instilled into Kaushal by his family. 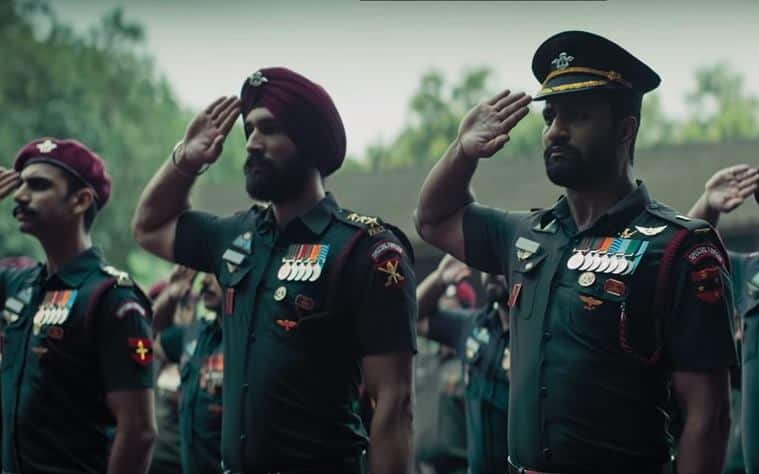 Urging Kaushal to always be “genuine in his relationships and professional life”, Sham says, “If he wants something, he gives his best to it — be it friendship, profession or personal relationship. He did face a lot of rejections earlier but he didn’t let that affect him.”

Soon after wrapping up the strenuous Sardar Udham shoot, the actor found himself on an unscheduled break owing to the lockdown. This worked for him because Kaushal usually tries to take a month-long break between films — “to exit the world of one movie before entering a new one”. During this period, he mostly travels to Hoshiarpur. “My village is just like what you see in the movies — kheton ke beech gaon. For my village folks, I am still that kid who used to be in a chaddi. I can walk into anyone’s home, relax there, eat, or play cards. My childhood friends still live there. These are the people who know what I am,” says Kaushal.

As we wind up, the actor complains about the impersonal feel of speaking virtually and suggests that we meet next time, in person, over lassi and paratha.