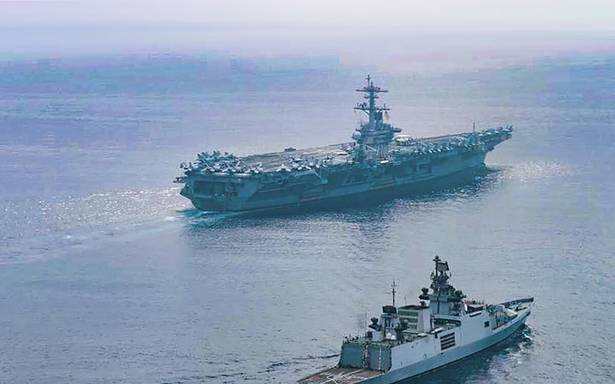 On Friday (April 9), India said it protested a U.S. decision to conduct a navy patrol in India’s Exclusive Economic Zone (EEZ) in the western Indian Ocean. The Ministry of External Affairs highlighted India’s position on the United Nations Convention on the Law of the Sea (UNCLOS) that the Convention does not authorise other States to carry out military manoeuvres or exercises in the EEZ without the consent of the coastal state. The U.S. Navy, however, defended the move, saying its ship USS John Paul Jones had carried out Freedom of Navigation Operations (FONOPs) in the Indian EEZ and challenged what it called India’s “excessive maritime claims.”

In this episode, we analyse the claims made by both sides, what the international law says, the significance of FONOPs and how they sit with India’s views of its maritime rights and interests, and the broader implications for ideas of building a "rules-based order" in the Indo-Pacific region.