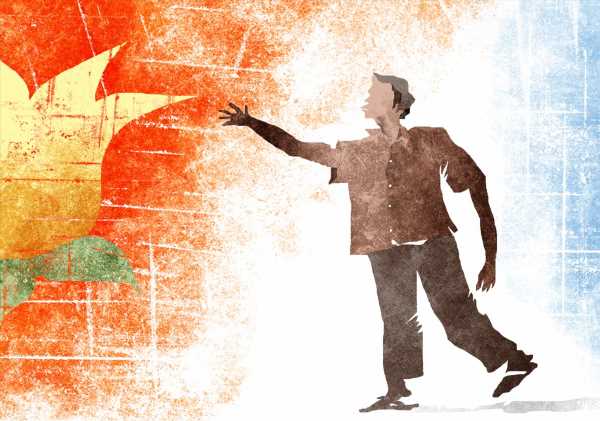 Why are the poor turning Right instead of turning toward far-Left parties, ponders Pranab Bardhan. Some decades back the typical voting pattern in many democracies used to be that the rich and upper middle classes used to vote in general for Right-leaning parties, while the relatively poor voted for Left-leaning parties.

But in recent decades this pattern has been shifting: Many of the professional or more educated voters in some of those countries are increasingly going for Left or Green parties, while many of the poor working-class voters are turning to Right-wing parties, sometimes led by populist demagogues.

Thomas Piketty and his associates in a new paper issued by the World Inequality Lab have provided data to show that for 21 Western democracies the more educated voters have over the years become more Left supporters than the less-educated voters.

Piketty has described this elite division between high-education and high-income people colourfully as that between the Brahmin Left and the Merchant (the corresponding Indian caste term would have been ‘bania‘) Right.

He does not go much into explaining this pattern, but it is clear that as education expands, people appreciate more liberal values, which may outweigh their worries about higher taxes that the Left parties may inflict.

But this still leaves unexplained why the less-educated poor are leaning Right.

Of course the shocks of job losses due to global integration and automation have hurt them, but why are they turning Right instead of turning toward far-Left parties which are often anti-globalisation and supporting more social protection for working classes?

I’d suggest that this is for two major reasons.

The first has to do with economic policy, and the second predominantly cultural.

Outside the US, the Right-wing parties have changed course and are now much more oriented to the welfare State.

Even extreme Right-wing parties (like the National Rally in France, PiS in Poland and AfD in Germany) are avid supporters of welfare benefits for the general (non-immigrant) workers.

This somewhat neutralises the special appeal of the Left for workers.

In the US this is somewhat different, as welfare dependency still carries stigma and racial overtones in Right-wing parties.

The other economic issue involves some specific sectors; for example, workers in coal and oil industries or in logging rally often to the Right and are opposed to the Green causes advocated by the Left.

But I think the more important issue is cultural.

In the US (as in Poland) attitude to abortion or non-standard sexual preference also matters a great deal.

On these cultural issues, in the US even a significant proportion of Hispanics and Blacks voted for Trump in 2020, not to speak of the majority of white less-educated voters.

Immigration is, of course, both an economic and cultural issue, but its cultural aspects provide the main fuel for Right-wing anxiety and act as a searing divisive issue with the Left.

In the past trade unions used to play a role in taming and transcending the nativist passions, but with their general decline workers now lack a sense of belonging to a shared institution and those passions fill a cultural void.

What about developing countries? There are some similarities, but also some marked differences compared to western democracies.

There is in general a more positive attitude to globalisation in developing countries, particularly as they have much to benefit from the opportunity to participate in the global value chain.

An early-2020 YouGov Deutschland survey on the attitudes to globalisation in 15 countries roughly shows that support for globalisation is stronger in developing than developed countries.

This is in line with the long-run expected fallout in rich countries from the decline in their more than century-old domination in international trade and investment.

So globalisation is not usually a divisive issue between Right-wing and Centre-Left parties in developing countries.

Let us take the cases of three G-20 developing countries where right-wing parties are currently dominant: India, Brazil and Turkey.

In these countries the educated are relatively small in number, so support for a Left party has to come mainly from the poor workers and peasants, as it did for Centre-Left parties like the Congress party in India or the Workers Party in Brazil.

In order to wean away that support, right-wing leaders like Modi in India and Bolsonaro in Brazil used religious majoritarianism (with Hindus in India, Christian evangelicals in Brazil), and the cult of a strong leader.

Urban upper and middle classes were already largely in their bag — Piketty’s Brahmins as well as the Merchants are largely with the right, unlike in the West.

This is in some contrast with Turkey.

Unlike in the case of Modi’s party BJP, in Turkey the poor, the less educated and the rural-based middle classes have long been solid supporters of Erdogan’s party AKP.

While in India (and Brazil) major metropolitan cities have mainly supported Modi (and Bolsonaro) in national elections, in Turkey the three biggest cities have been largely opposed to Erdogan.

To assuage the poor, Modi has continued some of the pro-poor welfare policies of the Congress government and introduced some new ones.

With some low- and middle-caste groups BJP has also made other kinds of transactional deals.

In Turkey Erdogan’s policies of helping disadvantaged groups and regions had made him popular with the poor and the lower middle classes.

Of late, however, the bungling by the three leaders in fighting the pandemic has caused some disaffection all around.

Popularity has declined most sharply for Bolsonaro. He faces a serious parliamentary commission of inquiry investigating his mishandling of the pandemic, something unthinkable for Modi in India — largely because the political Opposition, the media, judiciary and civil society organisations have been all along less timid in Brazil than in India.

The only major Opposition Modi faces is in regional elections.

In recent elections in West Bengal, Tamil Nadu and Kerala, Modi lost the votes of the majority of the poor; his oratorical discourse usually tries to forge affinity with job-seeking aspirational youth, even though his record so far in creating jobs has been dismal.

All this illustrates how the Right uses a mix of cultural and economic policies to get the support of working classes.

Culture, however, remains the main dividing line between the Left and Right parties, and as culture and historical-institutional context vary from country to country in complex ways, it is quite hard to generalise about the comparative support base of these parties.

Simply looking into income and education is not enough.

This also means that the Left parties have to seriously address the issues of cultural anxiety of the working classes.

Without pandering to the prejudices they can try to relieve some identity-based tension by making their advocacy of economic justice programmes as part of a common goal of humanitarian uplift and solidarity, rather than a sectarian agenda of catering to some particular social groups.

Pranab Bardhan is Professor of Graduate School at the University of California, Berkeley