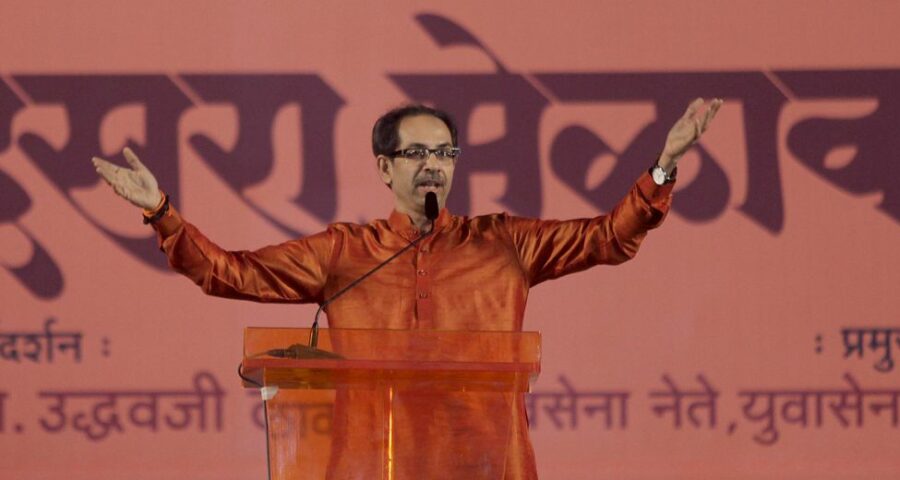 ‘When one says Shivaji Park, it brings to mind the Shiv Sena led by Balasaheb Thackeray. And that Shiv Sena is now Uddhav Thackeray’s Shiv Sena’

When the Bombay high court on Friday ruled that the Uddhav Thackeray-led Shiv Sena can hold its Dussehra rally at the Shivaji Park ground in central Mumbai, Thackeray’s supporters erupted in joy.

The dispute over whether it is the Thackeray faction or the one led by Maharashtra chief minister Eknath Shinde the real Shiv Sena is before the Supreme Court.

But for the Thackeray-led Sena, the HC ruling was a symbolic victory in the aftermath of Shinde’s rebellion because the ground is closely associated with the party’s history.

When he died in November 2012, his cremation was held on the same ground.

The playground in the leafy Dadar neighbourhood is otherwise famous as the place where the young Sachin Tendulkar cut his teeth before he became a batting legend.

But it turned into a virtual battleground recently when both the Thackeray group and the Shinde faction staked claim to it for their respective Dussehra rallies.

Shinde became chief minister in June this year after splitting the Sena and pulling down the Uddhav Thackeray-led government.

Citing a possible law and order problem, the Brihanmumbai Municipal Corporation denied permission to both factions, but on Friday the high court granted the Thackeray group permission for the rally.

The ground and the residential area around it has a storied past.

So much so that author Shanta Gokhale has written a book on it: Shivaji Park: Dadar 28: History, Places, People.

The park, which lies close to the seashore, was opened for the public in 1925, she writes.

It was first called Mahim Park.

In 1927, the tercentenary year of iconic Maratha king Shivaji’s birth, it was renamed as Shivaji Park following popular demand.

Since then, it has witnessed many landmark events in Maharashtra’s political history, including the Samyukta Maharashtra movement which led to the birth of the state in 1960.

How did it become central to the Shiv Sena’s politics?

“This is the place from where Shiv Sena pramukh (chief) Balasaheb Thackeray spelled out the party’s agenda, like the issue of Marathi manoos, Hindutva, the party’s position on various issues; and also launched searing attacks on his opponents and the state and central governments,” veteran Sena leader and MP Gajanan Kirtikar told PTI.

Sena workers call the ground ‘Shiva-tirtha’, a holy place, Kirtikar added, noting that the memorial of freedom fighter and Hindutva ideologue Vinayak Damodar Savarkar too is located near the park.

Savarkar lived in a bungalow located in the same area.

It was Bal Thackeray who probably named it as Shiva-tirtha, Kirtikar said.

The Thackeray family resided in the same area before shifting to the ‘Matoshree’ bungalow in suburban Bandra.

The Sena Bhavan, the party’s headquarters, is close to the Park.

Uddhav’s estranged cousin Raj Thackeray, who split away in 2006 to form his own Maharashtra Navnirman Sena, continues to live in the same locality.

On October 23, 1966, Marmik, a cartoon-centric magazine edited by Bal Thackeray, published a note that there would be a rally at Shivaji Park at 5.30 pm on October 30 which happened to be Dussehra.

Thackeray was already using his pen and paintbrush to fulminate against what he perceived as injustices suffered by sons of the soil in Mumbai.

Some people suggested that the rally be held in an auditorium as they were not sure how much crowd it would attract.

In fact, senior Marathi journalist Prakash Akolkar writes in his history of the Shiv Sena, even Bal Thackeray himself was unsure about the response because he was then only a cartoonist and magazine editor.

His father Keshav Sitaram Thackeray was a famous social reformer.

But the rally was a huge success and after that Bal Thackeray never looked back, Akolkar adds.

“The rally has been taking place at Shivaji Park for 56 years. It could not happen in the last two years due to the COVID-19 pandemic,” she said.

“Later, Uddhav ji guided us from there as party chief. So it is naturally our right (to hold the rally there). It also houses the Shakti Sthal (a memorial to Bal Thackeray),” he said.

It was also the place where Bal Thackeray addressed his last rally virtually and urged his party workers to support his son Uddhav and grandson Aaditya, Sawant noted.

When the Sena came to power in the state for the first time (in alliance with the Bharatiya Janata Party) in 1995, Manohar Joshi took oath as chief minister not at Raj Bhavan but at a grand ceremony at Shivaji Park.

In 2019, Uddhav Thackeray was sworn in as chief minister at the same venue.

Incidentally, when Raj Thackeray held the first rally of his new party, he chose Shivaji Park as the venue.

When the controversy over which Sena faction should be allowed to hold the rally at Shivaji Park this Dussehra broke out, Nationalist Congress Party president Sharad Pawar said Shivaji Park is synonymous with the Shiv Sena.

“When one says Shivaji Park, it brings to mind the Shiv Sena led by Balasaheb Thackeray. And that Shiv Sena is now Uddhav Thackeray’s Shiv Sena. So their demand for the Dussehra rally is not wrong,” Pawar told reporters.